What Are The DUI Laws In Alabama?

Many people who are arrested and then find themselves fighting an AL DUI charge will often find themselves asking: “What are the DUI laws in Alabama?” The truth is that when a person is facing any criminal offense that could have this significant of an impact on the rest of their life, a person cannot deal with a driving under the influence charge while uninformed of what the laws and penalties are for a DUI offense Alabama. The first crucial thing that any driver who gets charged for a DUI offense needs to do, is have their own arrest details examined by a local and experienced DUI attorney who understands the latest changes to Alabama DUI law and consequences, and knows precisely how to protect a driver’s rights. Once the details of what occurred during a person’s arrest can be thoroughly reviewed by a local DUI lawyer, a person can then be reassured by knowing they will able to work hard to protect them against the serious and costs and penalties under new AL DUI law.

The consequences of driving under the influence charges throughout the entire state of Alabama have become even more serious in recent years. The laws for penalties can include lengthy jail time, a suspended driver’s license, along with very high DUI costs and fees for a conviction of the charges. Under the chance a person is allowed to drive after a DUI conviction, with new laws in effect there is also the high probability of having to get an ignition interlock device installed in order to drive at all. The costs of a DUI interlock device at about $1,600 – $2000 a year – will add to the already expensive costs of an AL DUI conviction. It is the domino effect of what happens after a DUI conviction, that actually ends up being the worst part of this ordeal for most people. They first go to jail, then they have to miss work, lose their driver’s license – which means more work missed, and then inevitably lose their job altogether. Later, since a person now has a permanent criminal record from the DUI offense, it can be difficult to get a new job in the future. This is since most employers will do a background check on potential applicants for any type of criminal history, and any past DUI offense will be discovered. From the moment a driver is arrested for DUI, that person’s rights and freedom are at stake. However, by acting quickly and having their DUI arrest details examined as soon as possible, a person will have a far better chance of positive outcome of their case. This is because if any mistakes during the arrest are found, or a driver’s rights were violated according to Alabama DUI law and procedure, it could get a DUI charge dismissed. In certain circumstances in some cases, a DUI lawyer will be able to act immediately and be able to avoid having charges filed in the first place, or get the charges reduced from what a person was originally facing. Even a first-time DUI offense in Alabama could result in required jail time, heavy DUI fines, probation and a suspended driver’s license. Given how strict the penalties and laws are today for AL DUI charges, the sooner a person has their arrest details reviewed online through us by a local DUI lawyer, the sooner they can begin building a strong defense to have the best chances to fight an AL DUI case successfully. No DUI case is hopeless. A fact that is important to mention, sometimes a case can get dismissed for no direct reason other than the prosecutors can not get prepared for a possible trial, or the arresting officer failing to appear in court. How many times does that truly happen? Many people are surprised to hear that it can be fairly often. This is the same reason why some drivers at the administrative license hearing, might not automatically get a license suspension. There are a variety of other important factors that can happen during the course of an Alabama DUI case which can result in favor the person charged. A driving under the influence conviction is not inevitable when proper help is enough time. An experienced DUI lawyer who is local to where you will be going to court, will help a person know what to expect for their own case as it relates to what the current Alabama DUI laws and penalties are. 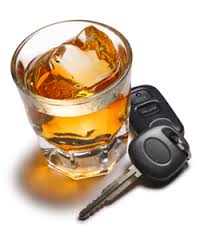 Statistically, if a driver is arrested anywhere within the state of Alabama, the chances are likely the offense will be for a DUI (Driving Under The Influence) charge. One of the many serious problems with a DUI offense is that it carries with a certain stigma with it which can make it as socially damaging as similar other serious offenses such as violence or theft is. By having an experienced attorney in Alabama DUI law analyzing the arrest details of what exactly happened, a person who has been arrested for driving under the influence can rest assured that they will be there to go above and beyond, as they help defend their legal rights and discuss the best solutions based upon their details of what actually took place.

What are the laws regarding potential penalties to expect for Alabama DUI charges?

For a DUI first offense in Alabama, the typical penalties a person convicted can expect are:

For a second DUI offense, the typical AL laws for penalties to expect are:

For a 3rd DUI offense conviction, the laws requiring penalties are:

How To Protect Your Rights Under Alabama DUI Laws

Being arrested for DUI anywhere in Alabama is usually very intimidating for any driver to experience. As well as heavy DUI fines, a person could end up in jail – even for a first offense charge. However, getting arrested for DUI charges doesn’t have to completely ruin a person’s life. When the right DUI help is sought in enough time from an experienced and local DUI attorney reviewing the arrest details and circumstances, the chances to win can be drastically increased. Since a lawyer examining the DUI arrest details will be well-versed in the latest Alabama DUI laws and how to fight a case according to them, they can do everything possible to develop a successful DUI defense strategy based on a person’s circumstances of what happened. Once a arrest is carefully reviewed and vetted for key details, a skilled DUI defense lawyer from your area can walk you through every step of the process and explain exactly what to expect next and what the best defense options are based on the arrest. An experienced AL DUI attorney will be able to help a driver with a 1st or 2nd time DUI charge, a third or fourth DUI offense, and even DUI charges for drugs or a minor who is accused of driving intoxicated or under the influence.

4 Things To Know About How Alabama DUI Laws, Lawyers, And Punishments Work For A DUI Offense Case

Any driver over the age of 21 and charged for DUI in Alabama the first time, will be facing laws and penalties requiring jail time, expensive fines, and a possible driver’s license suspension. A 2nd AL DUI offense conviction can result in longer time in jail, higher fines, and a suspended driver’s license for 2 years. A 3rd offense DUI can be even more severe, since it can be classified as a felony. The exact penalties for a driving under the influence conviction will also hinge on a number of other factors, such as if a driver has any prior convictions for DUI on their criminal record, if they had a child in the car at the time of the offense, or caused any accident, injuries, or property damage.

An arrest for DUI charges doesn’t have to ruin a person’s future. However quick action must be taken as soon as possible after an arrest, in order to defend the rights of a driver who is accused of driving under the influence. When it comes to AL DUI charges, time is truly of the essence. Having the arrest details carefully examined through us by a local and experienced DUI attorney as soon as possible after being charged, is the only viable way to ensure that a person will have the best defense and most legal options under what the DUI laws are in Alabama.