What Are The DUI Laws In Arizona?

With how Arizona DUI laws work, and new laws and penalties being passed regularly throughout the year, all DUI arrest charges are considered a very serious offense. This is the case regardless of what part of the state of AZ you live in, because anyone who is arrested while operating a motor vehicle with a blood alcohol concentration, or BAC over 0.08 will face severe costs and penalties, including the suspension of their driver’s license and jail – even for a first time offense. Sadly, there are many road deaths in Arizona each year as a result of DUI and DWI accidents, which could have been otherwise prevented. Therefore, new statewide laws that increase the severity of penalties, costs, and consequences for a DUI in Arizona have been regularly passing for this growing problem. Arizona state courts have also ruled in favor of the law on DUI tests, which make it easier for police to charge a driver with a DUI offense.

Since AZ DUI law has become so highly technical, complex and can change very quickly, it is important to know what the new and existing DUI laws are in Arizona. The one bit of good news for someone who has the misfortune of getting arrested and charged with a DUI is that because the law is so technical, even if a person blows or has a blood test result over the legal limit of .08 BAC, they still might be able to avoid a criminal conviction, jail, and keep their driver’s license. The bad news is that because Arizona laws for driving under the influence of alcohol or drugs is so technical, most people will not be able to tell whether or not they have a workable defense to win against the charges, until their arrest details can first be professionally analyzed by an attorney to let them know their options of what can be done.

What are the Most Common AZ DUI Penalties and Punishments According to Law That I Should Know About?

The one thing in common AZ DUI laws and charges have with every other state, is that the penalties for a DUI or DWI conviction will depend mostly upon the circumstances and details surrounding a driver’s unique arrest, and also whether or not a person has any previous DUI offense convictions on their criminal and driving record. Other important factors will include if there were any injuries involved if their was an accident during the suspected DUI incident, or any type of property damage. Below are some of common DUI laws in Arizona, requiring the costs and penalties for a person convicted of a DUI offense charge can expect.

For a second offense DUI in Arizona

AZ laws for a 3rd time or more DUI offense

Other common and related penalties, costs, and requirements that result from a conviction for driving under the influence in Arizona that a person can expect, include: probation, court supervision, community service, ignition interlock installation, and DUI school classes. One of the more recent laws on the books in Arizona is for Super Extreme DUI charges, which are for more serious driving under the influence offenses, while also carrying even heavier costs and penalties.

The penalties and costs for a DUI offense conviction under Arizona DUI law will also depend upon a driver’s past criminal record, and the circumstances of the details of what happened leading up to, and during the arrest. Some factors such as any prior DUI offense charges, especially within a small number of years, or getting arrested for DUI with any children in the vehicle could very likely increase penalties drastically. Other possible scenarios of AZ laws that can require harsher penalties for a DUI charge are if a person is driving with an open container of liquor, or reckless driving. These are some of the most frequent DUI arrest examples in which Arizona DUI laws may increase the severity of the standard minimum penalties. 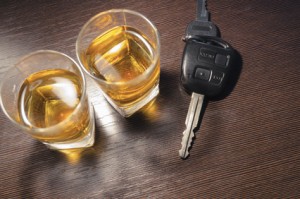 When a person has been arrested an charges for any type of drinking and driving or drugged driving offense in AZ, it is quite common and normal to probably be very confused of what to do in order how to protect your rights, driver’s license, and your freedom by avoiding jail. The most important first step to take as soon as possible in defending against the severe laws and consequences for DUI in Arizona, is by having a skilled DUI lawyer from your area examine the arrest details online through us. It is very important that you take these essential first steps in order to protect your rights before too much time after the arrest goes by. Once the particulars of the arrest can be carefully reviewed by an AZ DUI attorney online through us, they will then be in a far better position to more accurately discuss specific details of how they could be able to greatly improve the chances of winning the case, for the best resolution in which you desire.

As you are now plenty aware of already, the penalties involved in a Arizona DUI can be very severe, and it’s far-reaching repercussions can effect a person negatively for the rest of their life. A convicted DUI driver could be forced to pay high fines or even spend a long time in jail, depending upon the person’s particular case. It is crucial that immediately following an arrest for DUI, that a person has their own arrest details examined professionally, so a local DUI defense attorney who is skilled in AZ DUI law can be able to determine the best strategy that targets the specific facts of a person’s unique case.

What Are Some Additional DUI Laws and Penalties In Arizona?

Some of the additional DUI laws for Arizona has penalties which include some mandatory consequences for drivers with commercial vehicles or have a CDL license, or drivers who have violated certain “zero tolerance” or other enhanced local or state DUI laws. In AZ, mandatory alcohol or drug treatment programs could also include attendance at DUI prevention classes, along with the assessment of potential substance or alcohol dependency issues. In some cases, these are conditions of probation, which means that a DUI offender might be able to avoid jail, which could also include avoiding otherwise additional costs of high fines, if participation of the conditions are completed successfully according to the required terms.

What Can be Done to Get a DUI Charge Dismissed, If I Truly Did Not Violate Any Arizona DUI Laws?

To have the best chance of getting a DUI charge dismissed with how serious the law for even a first offense is in AZ, it is vital to have the arrest details examined through us online by an experienced DUI lawyer from where you will be going to court at. By having a local DUI attorney who his fully up to date with the latest laws for a DUI arrest, will assure the most knowledgeable representation and the best chances of winning in court. An important tip to keep in mind before hiring any lawyer to fight a AZ DUI charge, is to always meet with them as soon as possible in person, and make sure you at least have a good impression of them after the meeting. If the introductory meeting goes well, and a lawyer leaves a positive impression on you by the time you leave the meeting, the chances are much better that they can also do the same for a judge or jury in court. While it is important to make sure you retain a good attorney who is the most knowledgeable in current Arizona DUI/DWI law changes, a person charged with drunk driving should never delay or put off hiring a lawyer as soon as possible. This because they can help in obtaining important evidence in the case that can benefit a client’s DUI defense options, as well as helping a person find out if any of their rights may have been violated, according to Arizona laws in how the DUI arrest tests and procedures are administered.

If either yourself or a someone you’re concerned about has recently been arrested and charged with driving under the influence in AZ, please take advantage of having the details of the arrest circumstances examined online and free through us by a skilled DUI defense lawyer as soon as possible. This is the essential first step to take for learning what the best options are based up your particular situation, for how to protect your rights and possibly save your driver’s license. It is crucial in every DUI arrest case not to hesitate in taking action of building a defense, This is because with how strict Arizona DUI laws have become in recent years, a person has a limited number of days to attend a driver’s license hearing to possibly save a license status from an automatic suspension. Please let us have the opportunity to review and discuss your situation with you, for ways how we can provide you help and direct answers to any questions that you may have regarding how the DUI laws in AZ work, and fighting your case.