Can My Job Fire Me for a First Offense DUI or DWI?

What Circumstances Surround being Fired for a DUI or DWI? 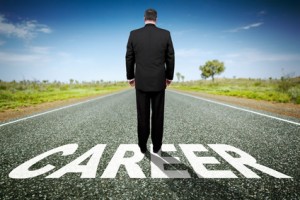 When an individual is arrested for a Driving Under the Influence (DUI) or Driving While Intoxicated (DWI) charge in 2022, there are many negative consequences that they face, which often can include job termination. The likelihood of getting fired for a DUI first offense will depend on the position and company policy regarding recent DUI, DWI arrests.

Additionally, the employee should be concerned about the local DUI penalties, fines, and possible jail time if convicted of the offense in court.

It is understandable many individuals charged with DUI for the first time are also fearful of losing their jobs. When it comes to being arrested and charged with a first DUI or DWI misdemeanor offense, the circumstances of your occupation often play the largest role as to whether or not you will be fired under employee DUI policy for a 1st offense arrest.

What Your Employment Contract Outlines

When starting a new job, a person may have to review and sign a binding employment contract. Should this contract outline that any type of arrest of the employee be grounds for immediate firing from their position, there is nothing the individual can do to stop it from happening. Although this is often the case, it is important to check your state’s laws surround the subject – in some cases, state laws outline that individuals can only be fired if they are convicted of a crime, not just being arrested for a misdemeanor charge such as DUI.

Employee attendance can often arise an issue for termination, if an employee has to take too much time off from work to appear in court on the pending DUI first offense misdemeanor charges.  However, often times a lawyer can appear in court on a defendant’s behalf for a DUI case such as when a person could get fired from a job due to having to miss work from multiple court appearances. A good local DUI attorney appearing on a client’s behalf so they don’t have to miss work, can often be a major help in reducing the chances of losing a job because of DUI-related attendance problems.

Something else to consider is if your state is an “at will” employer state. This means that your employer can dismiss you for any reason at any time. If your particular employer learns of the DUI arrest, even if it not in your contract or affects your job in any way, he or she can still dismiss you from employment.

If Your Occupation Includes Driving as a Primary Function

For some individuals their occupation requires them to drive on a regular basis or all of the time. Some of these occupations include over-the-road truckers, delivery drivers, and cab drivers. Should you be convicted of DUI or DWI, chances are you will have your licenses suspended for a certain period of time. Furthermore, an ignition interlock device is often required for convicted DUI offenders in every state under current 2022 laws as a condition of a restricted license to drive.

If this is the case and the individual holds an occupation that has driving as its primary function, they will then be unable to complete their job, which is grounds for being let go from the position.

It is also important to keep in mind that, even if the individual does not lose their license as a part of their DUI conviction, it will still be present on their driving and criminal records. In some cases, auto insurance companies will decline to provide coverage for an individual who has been convicted of DUI or DWI – if driving is a primary function of their occupation but they cannot obtain insurance, it is likely their employer will not want them driving, hence they will likely be let go from the position.

If Your Occupation Requires a Professional Licenses

Some individuals work in occupations where their job requires them to carry some type of professional license. Some of these occupations include doctors, nurses, accountants, and lawyers.

The professional agencies that issue these licenses have certain standards that they and the professionals follow in order to maintain their license. In some cases, being arrested and/or convicted of DUI or DWI may cause the agency to revoke the individual’s license, meaning they will not be able to work and could be fired.

If Your Occupation Holds Individuals to a Higher Standard

Should a teacher or professor be arrested and/or convicted of a DUI or DWI charge, it will reflect poorly on them as well as their employer and the school or university at which they work. Often individual’s will get fired for violating these high ethical standards even if driving is not part of their job.

If a DUI or DWI Charge Effects Your Work Ethic

In some cases, employers will not fire an individual based on a first Driving Under the Influence or Driving While Intoxicated charge alone and may allow them to keep their job. While you may not be let go immediately, some of the effects of being arrested for DUI can put a damper on how you perform your job. An example of this is an individual who pleads “not guilty” to a DUI or DWI charge – a not guilty plea often means more time in court, which can easily disrupt the individual’s normal work schedule.

Although they may not be immediately fired, they may be let go later on when they miss too many days of work for having to appear in court. Other ramifications of a DUI arrest and/or conviction include missing work for other types of penalties including having to complete community service, having to take alcohol education classes, or having to serve a short jail sentence. Having to deal with the penalties of a DUI or DWI charge are often more damaging than the charge itself when it comes to employment.

A Driving Under the Influence or Driving While Intoxicated charge has a profound effect on an individual’s current employment, but what many people do not think about is how it will affect future jobs for which they apply. Many employers perform background checks on individuals before offering them a job within the company. It is also important to know that all of the United States are subject to provisions set forth by the federal FCRA or Fair Credit Reporting Act. These provisions, however, only apply to background checks that the company completes through another company or organization.

The FCRA prohibits the reporting of any arrests (not convictions) that are seven years or older. On the other end of the spectrum, convictions can be reported for an infinite amount of time. Additionally, the restrictions set forth by FCRA only apply to background checks performed for positions that pay $75,000 or less per year. When an employer sees a DUI or DWI conviction on an individual’s background check, they may be less likely to hire that individual based on the stigma associated with that type of crime.

In most states, employers have the right to refuse to hire any individual who has a conviction on their record and some states also allow the refusal of employment for individual with arrests on their record. In some states, however, the employer must prove the legal relevance of why the individual would not be suited for the job based on their arrest and/or conviction. These states include:

These regulations are most often applied to public employers, such as government agencies, school systems, and the like. Wisconsin, New York, Kansas, and Hawaii are the only states that also apply these regulations to privately owned companies.

If you have a concern about a Driving Under the Influence or Driving While Intoxicated arrest or charge coming up on your record for potential employers, you may have the option to have that portion of your record sealed. If is important to keep in mind that this is not available in all states and is often dependent on the state’s specific regulations. If you wish to find out if sealing your record is possible, you will need to determine what your state’s regulations are surrounding record expungement.

Having your record expunged is a court ordered process that will “seal” your record of a specific criminal arrest or conviction. In some states, 2022 DUI expungement is limited only to arrests that did not lead to a conviction. It is also important to keep in mind that having a conviction expunged from your record does not mean it is erased – expungement simply makes the arrest or conviction invisible for certain purposes, such as the background checks an employer would perform when you apply for a new position.