Home » DUI Help Categories » Missouri DUI » What is the Cost of a First DUI in Missouri? 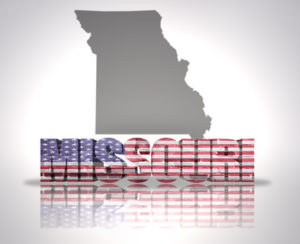 Operating a vehicle with a Blood Alcohol Concentration (BAC) of at or above 0.08 percent is illegal in all 50 states. This action is considered a crime due to its dangerous nature and the threat it poses to the life of the driver as well as the lives of any passengers and other drivers on the road. Because of the risks associated with drinking and driving, all states have adopted penalties for this crime to help deter individuals from committing this crime and putting theirs and other lives at risk.

Penalties for a First-Time DUI in Missouri

For those who are facing a first-time Driving Under the Influence (DUI) offense in the state of Missouri, they should be prepared to face the following penalties:

When it comes to the financial repercussions of DUI, the monetary fines associated with being convicted are not the only financial burden a driver must face. For example, if drivers are sentenced to time in jail, they will likely have to deal with a loss of wages and potentially the loss of their employment. If a driver’s license is suspended, they need to pay for public transportation to get around, and when an IID is required, they also need to pay for the device’s installation and maintenance.

Other Costs of First-Time DUI

When individuals are facing their very first DUI offense, they often want to fight the charges against them in court to keep the conviction of their record. The best way to accomplish this goal is to hire a knowledgeable DUI attorney to represent them in court – often, these professional services are not free and do not guarantee the driver’s case will be dismissed. In some cases, drivers may end up paying their attorney as well as their fines.