Financial Repercussions after a DUI in Alabama

What is the Cost of Drinking and Driving in Alabama?

Driving Under the Influence (DUI) and Driving While Intoxicated (DWI) are serious charges that can have many consequences on both an individual’s personal and financial future. For those who have been pulled over and charged with DUI or DWI, they face a number of punishments that will vary depending on the state in which the charges are being held. Among these possible penalties are fines, license suspensions, alcohol education courses, and the possibility of having to serve jail time. 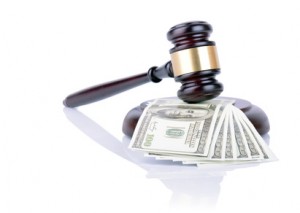 While all of these consequences can be very serious after being convicted of DUI or DWI, many individuals do not consider the long-term affects this type of charge can have on their life. One of the biggest impacts that a DUI or DWI conviction can have an on individual’s future is the strain it can put on finances. Initial costs related to drunk driving include court costs, lawyer’s fees, and the fines that courts pass down as punishment for the crime. But what about the long term financial repercussions?

As mentioned earlier, individuals convicted of DUI or DWI will face immediate financial consequences in the form of fees, fines, and other costs as a result of the arrest and conviction. Court fees and lawyer’s fees can be expensive and the most obvious expenses, but where individuals really get hit in the wallet is with the fines, auto insurance increases, towing, and storage fees for their vehicle after their arrest and a license reinstatement fee when their license suspension ends.

The penalties for DUI and DWI will vary by state and so will the amount that individuals pay in fines. It is also important to mention that monetary fees increase for those who are repeat offenders. Currently, Alabama seeks a fine of between $600 and $1,200 for first time offenders, $1,100 to $5,100 for those who offend a second time within five years and a fine between $2,100 and over $10,000 for those who offend a third time within five years of their last DUI or DWI arrest.

It is easy to see, based on the numbers alone that being convicted of DUI or DWI can be very expensive, especially when you consider all the additional costs, aside from fines, the individual will have to endure and how it can have a long term effect on their personal finances. The fines outlined above are steep for the state of Alabama, but they can be worse if a resident of Alabama is arrested and charged in a different state.

Effects of a DUI Conviction on Car Insurance Rates

How Much Will My Insurance Rates be Raised after a DUI in Alabama?

It is easy to see that the financial repercussions of being arrested and convicted of DUI or DWI can be brutal, both in the short and long-term. When all financial implications are considered – towing fees, vehicle impoundment/storage, court costs, lawyer’s, fines, and insurance increases – individuals can expect to pay up to $40,000 for an easily avoided mistake. This figure, however, does not include the money an individual could lose in income if he or she cannot get to work due to a license suspension or if employment is lost for being incarcerated due to a DUI or DWI conviction.

Why Having an Alabama DUI Lawyer is Important

The financial consequences of a DUI conviction are startling and should bring into focus why having a DUI lawyer is important. A reputable DUI lawyer may be expensive, but his or her expertise in DUI law for the state in which the charges are taking place can save an individual a lot of money down the line. After reviewing the client’s case, the lawyer will be able to let the client know what he or she may be facing in court and what financial implications he or she may be facing on top of any fines and/or penalties already paid.

A good DUI lawyer will review all details of the case, including aspects of the client’s arrest. Based on this information, it may be possible for the attorney to collect enough evidence to counteract the prosecutor’s case to have the individual’s charges dismissed. In some states, it may be possible for the client to take plea bargain on their first DUI charge and receive a lesser charge such as reckless driving. Unfortunately, the state of Alabama bars plea bargaining for wet reckless on DUI cases.

All of the negative repercussions of DUI can be avoided by simply not drinking and driving. While individuals may believe they will not get caught or they are close enough to home for it to be safe, consuming alcohol or other substances that alter an individual’s mind and functioning is dangerous to both the individual and others on the road. Being convicted of a DUI has serious consequences that will have a profound impact on an individual’s life, but it can all be avoided by not driving drunk.