Financial Repercussions after a DUI in Arizona

How Much an Arizona DUI Will Actually Cost You

When drivers are pulled over, arrested, and charged with DUI (Driving Under the Influence), they face many, mostly negative, changes to their personal life and financial situation. The penalties for a DUI conviction will vary from one state to the next but most often include license suspension, the possibility of jail time, and hefty monetary fines. Currently, the state of Arizona does require fine payment for first offenders of DUI – the base fine is $250 and goes up depending on the circumstances of the charges. 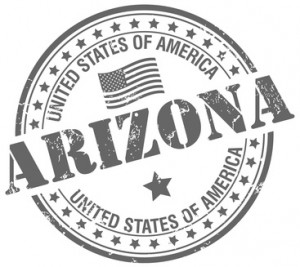 These penalties are serious, but many people believe that once they have paid their fines, served their jail time, completed their alcohol education classes, and finished up their license suspension, the negative consequences of their actions no longer affect them. Unfortunately, many individuals who have been charged and convicted of DUI feel the effects of this criminal action well into their future and it often has a significant impact on their personal, professional, and financial life.

Financial Repercussions of DUI are More Serious than You Think

When considering the financial repercussions of a DUI conviction, it is important to take into account all of the ways that a DUI will affect your finances. Many people believe the only way their finances will be affected is having to pay the penalty fines set forth by the court. Most states do require the payment of a fine for a DUI conviction, and many times the amount of the fine is based on the state’s requirements as well as the number of previous offenses the individual has for DUI. Even if you reside in Arizona, if you are found guilty in other states, you will be bound by that state’s laws.

On top of having to pay fines, individuals should also take into account the cost of a DUI attorney and the court costs. On average, a good DUI attorney could cost an individual anywhere between $2,500 and $5,000 and, when the individual’s license suspension period is over, they will also be required that pay anywhere between $100 and $500 to have the license reinstated. When all is said and done, on top of the penalty fines, an individual could be looking at paying an additional $6,500 out of pocket.

When it comes to car insurance, the driving record has a lot to do with the price paid for insurance. A DUI conviction will not only be on the individual’s criminal record but also on the driving record, which will definitely have a negative impact on the amount of money paid every month. Insurance agencies of all kinds base monthly payments on the perceived risk faced to the clients filing a claim. Since DUI exhibits risky behavior, insurance rates go up to cover that risk.

Arizona, unlike many other states, is rather lenient when it comes to increasing individual’s car insurance rates when someone is convicted of DUI. Individuals can expect a slightly over 60 percent increase in their rates, which equates to approximately $70 more in payments every month. It is important to keep in mind that every insurance agency will have different way to calculate risk, so these figures are simply an average – some may have higher increases, some pay have lower.

In addition to DUI and DWI (Driving While Intoxicated), Arizona also has an “Extreme DUI” charge. This charge is applied to circumstances where the individual has a Blood Alcohol Content (BAC) of 0.15 within two hours of being in control of a vehicle. Individuals who are convicted of this charge will face having a criminal misdemeanor on their record. In addition to this more serious charge being on a criminal record, individuals will also face much high fines as a form of punishment.

For first time Extreme DUI offenders, expect a $900 base fine plus an additional $250 for a DUI Assessment and $1,250 for an “extreme” DUI Assessment. Additionally the individual is required to use an Ignition Interlock Device, or IID, which must be purchased and installed at the driver’s expense. Extreme DUI offenders will also lose their license for a period of one year, as opposed to the 90 day license suspension for regular DUI.

Whether the individual is charged in Phoenix, Tucson, Mesa or Sedona, he or she should always seek the legal advice and representation of an experienced DUI lawyer who is well versed in the laws and regulations surrounding this charge in the state of Arizona. While this is just another expense to add to the pile, it is important to keep in mind that having proper legal representation is key to having not only a speedy and fair trial but one that may have a more positive outcome than if the individual goes it alone.

Unfortunately, unlike some other states, Arizona does not allow plea bargaining for a lesser charge of wet reckless. Those wishing to be free of the consequences of having a DUI conviction will need to hire an attorney in an attempt to have the case dismissed entirely. A good DUI attorney will be able to review the case completely, find any flaws in the prosecutor’s defense, and hopefully use that information to have the case dismissed and the charges dropped against the client.

The above listed financial consequences of being convicted of DUI are serious and do not take into account the loss of income that is possible for having to go to court or serve jail time as a part of the individual’s punishment. While having a good DUI attorney can help to make the outcome of a DUI conviction less painful, the best way to avoid these penalties and financial repercussions is to not drink and drive.

The 2023 penalties for a DUI offense in Arizona can vary depending on the specific circumstances of the case, including the ...

What Happens if I Fail a Field Sobriety Test in Arizona