Financial Repercussions of DUI in Idaho

DUI Conviction and Your Financial Future

Being pulled over, arrested, and charged with Driving Under the Influence (DUI) is a very serious matter. Depending on which state this occurs in, the consequences could be very serious. Just like any other state in the country, Idaho takes DUI charges and convictions very seriously. Most states carry the same types of penalties for a DUI conviction, such as a license suspension, having to pay a fine, possible serving jail time, and fees for the installation and monitoring of an Ignition Interlock Device (IID).

Basic DUI Penalties in the State of Idaho

Idaho has the same types of penalties for DUI convictions as many other states. The severity, types, and lengths of these penalties will all vary based on the circumstances surrounding the Idaho DUI arrest and case as well as the number of previous DUI or DWI offenses the individual has on his or her criminal record. For those who are first time offenders in the state of Idaho, expect to face the following consequences: 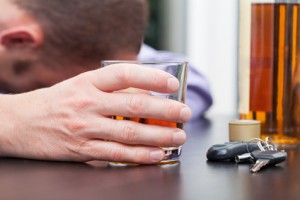 Idaho also enforces what is called an implied consent law. This means, if an individual refuses to take a chemical Blood Alcohol Content (BAC) test they will face automatic penalties, regardless if they end up getting convicted or not. For first time offenders who refuse to take a chemical test, they will face an automatic one-year license suspension and a $250 fine – but, if the individual volunteers to use an IID, they may be eligible for some restricted driving privileges that allows them to go to and from work.

The financial impacts of a DUI will start to take effect as soon as the individual is pulled over and arrested for the crime. Once the traffic stop is made and the arresting officer determines the individual is Driving Under the Influence, he or she will be placed in custody. When this happens, a towing company will be called to tow the vehicle and take it to the local impound lot. Unless the officer allows someone to come pick up the car, the individual will be responsible for paying for those services.

Once arrested and transported to the local jail, the driver will be processed. Depending on the circumstances of the case, bail may need to be posted. This usually happens when there are aggravated circumstances surrounding the incident, such as having a minor in the vehicle or if there was a car accident. Since bail for DUI can be anywhere between $500 and $50,000, a loan of some type may be needed, only adding to the financial difficulties.

After being released from the jail, the individual will need to start preparing for the DUI case. In most situations, the individual will want to seek the legal counsel of a good DUI lawyer in the state in which the arrest and charge took place. The state of Idaho does allow bargaining for a lower charge of “wet reckless” for a DUI in exchange, usually, for a guilty plea. Hiring a lawyer, which can cost anywhere from $1,500 to $10,000, will be necessary for this plea bargain.

It is important to remember that the amounts of these fines not only vary based on the number of previous offenses the individual has but also which state the arrest, charge, and conviction take place in. Some states take DUI convictions much more seriously and have much higher fines even for first time offenders with no previous offenses on their record. Doing this is often an attempt to teach first and repeat offenders that their actions will not be tolerated and to discourage them from offending again.

If you are arrested in a different state, you will be held to the laws of that state.

Another long term financial repercussion that individuals do not consider is the changes they will see to their car insurance rates. When an individual is convicted of Driving Under the Influence it is recorded on their criminal record but it will also appear on their driving record when the incident is reported to the state’s Department of Motor Vehicles. This is when the car insurance company will be notified of the conviction and will take action to increase the individual’s car insurance rates based on their figures.

How You Can Avoid the Financial Repercussions of DUI

After the entire ordeal of a Driving Under the Influence conviction is complete, individuals will likely have paid upwards of $40,000. This is a lot of money and can have a very serious impact on the individual’s financial future. The best way to avoid having to fall victim of to these high costs is simply to not drink and drive – the best course of action is to always designate a sober to driver, use a taxi or bus service, or simply to do drink without a plan to get home safely.