Financial Repercussions of DUI in Virginia

The Cost of a DUI in the Mother of the States

In the state of Virginia, Alexandria, Richmond, Norfolk, Williamsburg, Virginia Beach, Charlottesville and all other cities have the same laws when it comes to drinking and driving. Those who are operating a vehicle with a Blood Alcohol Content (BAC) of 0.08 percent or higher are considered to be driving impaired and will likely be charged with Driving Under the Influence (DUI). Being convicted of this crime has a number of different penalties, but the financial repercussions of conviction are the harshest.

What Penalties Will I Face for DUI in Virginia?

Virginia DUI, like many other states across the country, uses a combination of penalties to punish those who are convicted of DUI. While the types of penalties are likely the same across state lines, the severity and lengths of these penalties vary greatly from one state to the next. First time DUI offenders in the state of Virginia face the following penalties for their crime:

The Cost of a DUI in Virginia Before Conviction

While the monetary fines used as punishment for DUI are one financial repercussion of this crime, many offenders forget about the other costs associated with it. First, when individuals are arrested for DUI, their car is most often taken by a towing company to the local impound lot to be stored. When individuals are ready to get their vehicle back, they have to pay the towing fees, storage fees, and any other fees associated with having their car in the impound lot. This can be expensive and range in price from a few hundred dollars to a few thousand dollars. 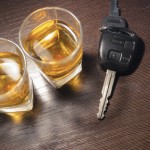 After individuals have been arrested, they are taken to jail and formally charged with DUI. Most often, they are processed, released, and also assigned their first date to appear in court. However, if there are aggravated circumstances surrounding the case or the arrest, such as having a very high BAC, causing an accident or injury, or having a minor in the vehicle, it is possible for them to be remanded with bail. This bail, or a portion of the bail amount, needs to be paid in order for offenders to be released, and the price can range depending on the circumstances.

Individuals charged with DUI should always consider hiring an experienced drinking and driving lawyer to represent them in court. When it comes to the cost of a DUI lawyer, the price ranges depending on the lawyer or law firm being hired. The cost of a good lawyer can be upwards of a few thousand dollars, and how the lawyer is paid also varies. Some lawyers charge a flat fee for their services, others charge an hourly rate, and some may not even require payment unless there is a favorable outcome for their client after the trial has concluded.

The Cost of a DUI in Virginia After Conviction

If offenders are found guilty of DUI they are then subject to handling all of the penalties outlined above. As mentioned, first time offenders face a minimum five-day jail sentence, minimum $250 fine, a one year license suspension, and having to use an Ignition Interlock Device (IID) if their BAC is 0.15 percent or higher. Again, the severity of these penalties vary greatly between state lines and also increase in severity with the number of previous offenses individuals have.

Changes to Car Insurance After DUI Conviction in Virginia

Each car insurance provider in the state of Virginia has its own measurements for how much a DUI offender’s rate will increase. Insurance companies in this state are relatively average in comparison to other states when it comes to increasing car insurance rates – on average, DUI offenders can expect their rate to increase about 73 percent, which adds just under $75 to their monthly payment. It is important to keep in mind, however, that this varies between insurance providers and states.

Avoiding the High Cost of DUI

Drinking and driving is not only a very expensive crime to commit, it is also a very dangerous one. When all of the expenses outlined here are added together, DUI offenders in the state of Virginia could pay upwards of $40,000 for something they could have easily avoided. In order to keep your wallet, yourself, and other drivers on the road safe, always use a designated driver, public transportation, or a cab service when drinking – it could save your life and the lives of others.

While some of the DUI penalties in Virginia appear a bit more lenient, do not be fooled. Virginia has earned the ...