Financial Repercussions of DUI in Washington

The Cost of a DUI in the Evergreen State

Seattle, Tacoma, Spokane, Olympia, Bellevue, Everett, Vancouver, and all other cities in the state of Washington have the same laws when it comes to drinking and driving. Those who are found operating a vehicle with a Blood Alcohol Content (BAC) of 0.08 percent or higher will be charged with Driving Under the Influence (DUI) and will be subject to the many fines and penalties associated with this crime. While having to serve jail time and dealing with a license suspension can be difficult, many people do not understand the high financial penalties they face, both before and after they go to trial.

What Penalties Will I Face for DUI in Washington?

Washington DUI also currently enforces a seven year “lookback” period. This means that any previous drinking and driving offenses individuals have within the last seven years are counted against their current charges. Repeat DUI offenders face even harsher penalties. Second DUI time offenders in the state of Washington are subject to the following penalties:

Price of Drinking and Driving Before Conviction

While the fines to be paid as penalty for a DUI conviction can be harsh, many offenders forget what they pay out of pocket before they even go to trial. When individuals are pulled over for suspicion of DUI and arrested, the car is most often towed to and stored at the local impound lot. Whenever individuals are ready or able to get their vehicle back, they are responsible for paying any towing fees that incurred as well as any costs associated with having their vehicle stored at the impound lot. While this cost varies greatly by the circumstances, it could range anywhere between a few hundred and a few thousand dollars. 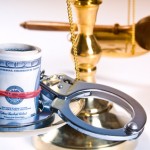 Upon being arrested, individuals are taken to the local jail. Most often, they are formally charged with DUI, processed, given their court date, and then released after they have sobered up. However, should there be aggravating circumstances surrounding the case, such as having a very high BAC, having caused an injury or accident, or having a minor present in the vehicle, it is possible for individuals to be held in jail and have bail set for their release. The bail amount varies greatly depending on the circumstances surrounding the arrest, but at least a percentage if not the whole amount of this bail needs to be paid by the individuals, a loved one or a bail bondsman in order for them to be released.

Once the first court date has been set, it is only in offenders’ best interest to seek the legal help of a knowledgeable DUI attorney. This attorney is an important part of offenders having their charges reduced or the case dismissed if possible. Attorneys all have different fees they charge for their services, but offenders should expect to pay at least a few thousand dollars. Each attorney also has his or her own preferred way to be paid – some require payment up front while others do not require payment until after the trial or may even offer a payment plan.

Price of Drinking and Driving After Conviction

Another financial hit that individuals do not realize they take as a result of DUI is that their car insurance rates are very likely to increase. Car insurance providers require premium payment from policy holders as a means to cover the risk of these individuals making a claim – the lower the risk of claim, the lower the premium payment and vice versa. Since a drinking and driving conviction shows a high level of risky behavior, it is not surprising that insurance providers raise an offender’s premium rates in order to cover the higher risk.

Even though it is inevitable that premium rates will increase, how much they go up depends on the insurance company. Every insurance provider has its own calculations for how much to raise insurance rates after a DUI conviction, but on average in the state of Washington insurance companies raise rates an average of 60 percent, which adds an average of $50 to the policy holder’s monthly premium payment. It is important to keep in mind, however, that just as this amount varies between providers, it also varies greatly between states.

When all of the expenses mentioned here are added together, it is possible for offenders convicted of DUI to pay $40,000 or more for their mistake. Not only is drinking and driving potentially very expensive, it is also very dangerous and poses a threat not only to drivers’ lives but also to their passengers’ lives and the lives of other drivers on the road. In order to avoid the cost of DUI and the deadly risk, it is important to always drink responsibly and find a sober ride home.

Washington may only have a 4-star rating from Mothers Against Drunk Driving (MADD), but it is not for a lack of ...