Financial Repercussions of DUI in Wisconsin

The Cost of an OWI in America’s Dairy Land

When it comes to drinking and driving, all of the cities in the state of Wisconsin have the same laws. regardless if the incident happens in Milwaukee, Madison, Appleton, Green Bay, La Crosse, or anywhere else in the state. Those drivers found with a Blood Alcohol Content (BAC) of 0.08 or higher will be cited for drinking and driving and likely charged with Operating a Vehicle While Intoxicated (OWI). A Wisconsin OWI conviction will result in a number of penalties including some monetary fines. In addition to these fines, those cited for drinking and driving will pay a number of other expenses.

What Penalties Will I Face for OWI in Wisconsin?

The “lookback” period in Wisconsin is 10 years, so any drinking and driving infraction that occurred within the last decade is counted against individuals’ current charge. Repeat offenders often face much harsher penalties than first time offenders as a means of discouraging drinking and driving behavior. Second time OWI offenders face the following penalties should they be convicted:

Can an OWI Charge Cost Me Before Conviction?

While the fines above are one of the financial repercussions of drinking and driving, many individuals do not realize there are a number of other expenses they are responsible for, and some of them are even incurred before offenders go to court. First, when offenders are pulled over and arrested for suspected drinking and driving, their vehicle is most often towed to the local impoundment lot. Once owners are ready to get their vehicle back, they are responsible for paying the towing fees as well as any other fees incurred at the lot, which could range up to a few thousand dollars. 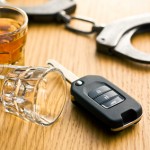 When individuals are arrested, they are often taken to the local jail, processed, formally charged and released once they have time sobered up, and are expected to return for their first court date. In some circumstances, individuals may be held in jail – this happens most often when there are aggravated circumstances surrounding the incident, such as having a minor in the car, causing an accident, or resisting arrest. In these cases, bail is set for individuals’ release and at least a percentage of this amount needs to be paid in order for them to go free.

Once individuals have received their first court date, they will likely want to hire an OWI lawyer to  represent them in court. Doing so can be helpful in possibly having their charges reduced or having the charges dismissed altogether depending on the circumstances. All lawyers and law firms have different fees that they charge for legal services, but individuals should expect to pay upwards of a few thousand dollars. While this may seem like a high expense, it can often be worth it if it means individuals do not have to deal with the penalties outlined for those convicted of OWI.

What Will an OWI Cost Me After Conviction?

Should individuals ultimately be found guilty of OWI, they then have to submit to the many penalties outlined for this crime. As mentioned, first time OWI offenders have to pay fines between $150 and $300, second time offenders pay fines between $300 and $1,100, and third time OWI offenders pay between $600 and $2,000 in the state of Wisconsin. It is important to note that the amount of the fine associated with drinking and driving convictions varies from one state to the next.

Will My Car Insurance Rates Change After an OWI Conviction?

One financial repercussion that many individuals do not consider is the change they see to their car insurance premiums. Car insurance providers charge policyholders a monthly premium for coverage – this premium is meant to offset the risk to the insurance company that the policyholder will make a claim. So, the higher the risk of a claim being made, the higher individuals’ premiums are. Drinking and driving is considered to be a very risky driving behavior, causing insurance providers to raise premiums for those convicted of OWI – the only question remaining is how much.

Each individual insurance provider has its own calculations for how much to raise an OWI offender’s rate, so it is impossible to give an exact increase, but providers in the state of Wisconsin are relatively harsh on OWI offenders when compared to providers in other states. On average, individuals with OWI convictions see their monthly premiums increase by just under 115 percent, which ultimately adds an additional $100 to their payments.

How Can I Avoid the High Cost of an OWI Conviction?

The only way to avoid the financial repercussions associated with Operating a Vehicle While Intoxicated is to simply not drink and drive. When all the expenses outlined here are added together, individuals convicted of OWI could be paying up to $40,000 out of pocket, and this does not include any lost wages or expenses for public transportation, court fees, and so on. Not only is OWI expensive, it is also very dangerous – drinking and driving not only puts drivers’ lives at risk but also the lives of their passengers and other drivers on the road. The solution – do not drink and drive.