Financial Repercussions of DUI in Arkansas

The Impact an Arkansas DUI Can Have on Your Wallet

Driving Under the Influence (DUI) is a serious charge that not only has an affect on your personal life but can also have a major impact on your back account. In the state of Arkansas, first time DUI and/or DWI offenders face an array of consequences including a six-month license suspension, having to use an ignition interlock device, and possibly spending between 24 hours and one year behind bars. In addition to these punishments, individual will also face a fine between $150 and $1,000. 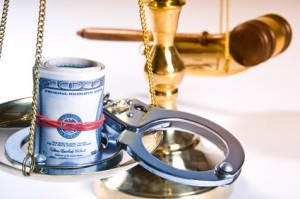 All of these punishments will have an immediate impact– not having a license means relying on others or public transportation to get around, spending time in jail can mean missing work and losing income, and having to pay high monetary fines may mean draining their savings account. But, many people believe that once they have weathered the beginning of the storm, a DUI conviction will not have any further impact on their lives. The truth is, the repercussions of a DUI can be felt far into the future.

Once an individual has been convicted of an Arkansas DUI, he or she will likely be asked to pay the fines associated with the crime. Regardless of where in Arkansas an individual is arrested and convicted – whether it is Little Rock, Fort Smith, Fayetteville, Springdale, or anywhere in the state – he or she will face monetary fines of between $150 and $1,000. However, if the driver is arrested and charged in another state, that state’s fines will be imposed.

The financial impact a DUI conviction can have on an individual’s life does not stop at the penalties passed down as part of the conviction. The financial impact a DUI can have includes many other facets. Some of these are the purchase and installation of an Ignition Interlock Device, having to pay for alcohol education classes or assessments, fees for reinstatement of license, and the fees of legal assistance. Additionally, many people forget about the increase in their car insurance rates after a DUI conviction.

It is common knowledge that the cost of car insurance is based on a few key factors – the make, model, and year of the vehicle, the state in which the vehicle is registered, and the driving record of the individual who owns or will be driving the vehicle. Those who are good drivers with no tickets or accidents generally see much lower car insurance rates. But, those individuals who have speeding tickets, accidents, or criminal activity (such as DUI on their driving record) pay much higher rates.

Insurance companies in the state of Arkansas are stricter than the average when it comes to penalizing those who are convicted of DUI. While the percentage of increase and increase in monthly premiums will vary from one provider to the next, insurance companies in Arkansas generally raise car insurance rates by 83 percent after a DUI conviction, which equals about an additional $90 a month in premium payments. These car insurance increases can mean big trouble for an individual’s long-term budget.

For some, an extra $90 a month for car insurance may not seem like a lot, but when we multiply that by a year’s worth of payments, or 12 months, it comes out to an astonishing number – individuals who are convicted of DUI in Arkansas will, on average, pay an additional $1,100 yearly for car insurance. This is the figure that best describes the financial impact higher car insurance rates can have on an individual’s life. For some, this may mean draining their savings, refinancing their home, or getting a second job.

Why Hiring a DUI Attorney is Important

The penalties for being convicted of DUI in Arkansas, or any state, are very harsh and can have a number of negative impacts on an individual’s life. Looking just at the financials alone, individuals can expect to lose an average of $10,000 as a result of being charged with drinking and driving – this figure includes increased car insurance rates, DUI attorney, fines, and alcohol education classes but does not account for loss of income. With such severe financial repercussions, it is easy to understand why hiring a DUI attorney is so important.

Although having a DUI attorney for representation does add to the overall cost, it is important to keep in mind that having a knowledgeable lawyer may help to have the case dismissed from court – the state of Arkansas bars plea bargaining for a charge of wet reckless. The DUI attorney will review the case to see if the individual’s rights were violated in any way and review the evidence being presented by the prosecutor in an attempt to prove the client was denied due-process and have the case dismissed, which would help the individual to avoid a number of the financial impacts outlines above.

At the end of the day, not drinking and driving can help individuals to avoid this situation altogether. Driving drunk is not only illegal but also dangerous, putting the lives of everyone in the car at stake. When it comes to Driving Under the Influence, the stakes are very high, and it is always in your best interest to not drink and drive or get in the vehicle with someone who has been drinking.

What Happens if I Fail a Field Sobriety Test in Arkansas

Have you ever noticed an increased police presence around the holiday’s or during special events in certain cities, such as the ...