Financial Repercussions of DUI in Hawaii

How a DUI Conviction Will Hurt You Financial Future

Every city in the state of Hawaii, whether it is Honolulu, Kailua, Haleiwa, or any other island area, has the same laws and regulations when it comes to drinking and driving. Being arrested and convicted of Driving Under the Influence (DUI) in Hawaii is just as serious as doing so in any other of the United States and, while many individuals get caught up in the immediate punishments such as a license suspension, fine, or the possibility of jail time, they often forget about the long term financial repercussions they also face.

What Penalties to Expect for DUI in Hawaii

Just like all other states, Hawaii has a set of consequences passed down for those who are convicted of DUI. The length and severity of these consequences will vary based on the number of previous offenses the individual has and the specific circumstances surrounding the arrest and the case. First time offenders of DUI in Hawaii will face the following consequences at minimum:

It is important to keep in mind that the state of Hawaii has a five-year lookback period, which means if the individual has a DUI or similar offense within the last five years, the current conviction will be considered a second offense. When this is the case, he or she will face jail time of between five and 14 days, a fine of between $500 and $1,500, and a license suspension period of up to one full year.

How DUI Will Affect Your Finances Immediately

The financial fines an individual who is convicted of a DUI faces is only one small part of the financial repercussions involved. Individuals often get too caught up in the jail time they face, the fines, and the license suspension to realize the short and the long-term financial problems of being arrested and convicted. Aside from the fine passed down as punishment, there are a number of other expenses the individual will be responsible for, both immediately and over a period of time. 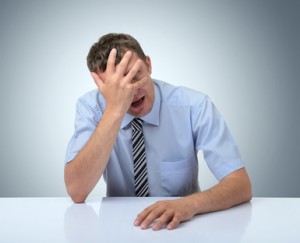 The financial burdens begin right when the individual is pulled over for a DUI. After the officer concludes it is a Driving Under the Influence offense, the driver will be taken into custody and the car will be towed and moved to an impoundment yard. Unless the officer allows the individual to have a family member or friend come pick up the car, the individual will be faced with paying the towing fee for the vehicles as well as any additional fines and fees.

After being arrested, the individual is usually taken to the local jail to be formally charged and processed. Depending on the circumstances surrounding the case, it is possible that the individual will be held in jail only to be released when bail is paid. This bail amount could be anywhere from $500 and $50,000, which is not an amount of money that many people have readily available. In this case, the individual will likely have to borrow the money from family members or friends in order to be released.

When getting ready to go to court for the DUI charge, most individuals will seek the legal advice of a DUI attorney to help try the case. The state of Hawaii does not allow plea bargaining for a lesser charge, so those individuals who wish to have the case dismissed will definitely want to hire a good attorney. Depending on the law firm as well as the circumstances of the case, hiring a good attorney could cost an individual anywhere between $1,200 and $10,000.

How Will a DUI Conviction Affect Your Finances Long Term

After the trial has concluded, should the individual be convicted of Driving Under the Influence, he or she will then face another batch of financial repercussions. Many times, it is these consequences that will follow the individual into the future and disrupt his or her financial stability. As outlined above, first offenders in the state of Hawaii will have to pay a fine of between $150 and $1,000, second time offenders between $500 and $1,500, and third time offenders between $500 and $2,500.

The amount of this financial penalty will be based on a number of factors including the circumstances surround the charge, the number of previous offenses the individual has, and which state they are being charged and convicted of DUI in. It should also be noted that if you are traveling and in another state, that state’s laws hold precedence (even though you may also face penalties and fines in your home state).

Changes in Auto Insurance Due to DUI Conviction

In addition to the sometimes steep fines individuals will face a result of their DUI conviction, they will also need to consider possible insurance increases. Not only will a DUI appear on the individual’s criminal record, it will also be reported to the Department of Motor Vehicles in the state in which the conviction occurs. When this happens, the car insurance company is also notified and they will likely raise the individual’s car insurance rates to cover the increased risk.

Those who are convicted of DUI can expect to pay upwards of $40,000 between the financial burdens they face after being arrested and all of the financial repercussions they will need to be responsible once they are convicted of the crime. Between the impoundment fees, storage fees, IID installation, and maintenance fees, legal fees, lawyer’s fees, and the final financial punishment, the amount of money being paid can be overwhelming. The best way to avoid these consequences – Don’t drink and drive.