Financial Repercussions of DUI in Kansas

Driving Under the Influence and Your Finances

Driving after drinking is a very serious mistake and one that could not only cost an individual tens of thousands of dollars but also their lives. When it comes to Driving Under the Influence (DUI) charges in the state of Kansas, the fines and penalties passed down as part of this crime can have major impact on a person’s financial future. Wichita, Kansas City, Overland Park, and every other city and town in the state have the same monetary fines for those individuals who are convicted of DUI.

Like some other states in the country, Kansas enforces what is known as a “implied consent” law. This law means that, should an individual refuse to take a chemical test in order to prove their Blood Alcohol Content (BAC), he or she will receive an automatic license suspension. For those who refuse to take the chemical test for the first offense, a one-year license suspension is in order. While this may not seem like a financial problem, it is important to consider the cost of other forms of transportation.

Additionally, the more previous offenses an individual has, the longer the automatic suspension will be should he or she refuse the chemical test. Those who would be convicted of a second offense would face a two-year license suspension and those on their third offense will face a three-year suspension. Since Kansas does not have a defined lookback period, or number of years where DUI convictions are still recognized, any previous Driving Under the Influence charge will be counted against the offender.

Most people associate the cost of a DUI with the fines and penalties they will face after they are convicted of the crime during their trial. The truth is the offender will be responsible for a number of costs they incur even before going to court. Since not many people understand what the true cost of DUI is, they usually aren’t financially prepared to cover those costs should they be convicted. Having to pay these additional expenses can really put a dent in an individual’s savings and life. 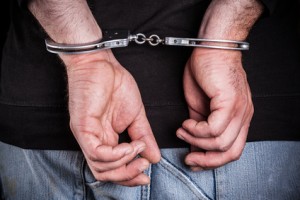 During a Driving Under the Influence arrest, the individual will usually be transported to the local police station or jail via the arresting officer’s patrol vehicle. This means the offender’s car will need to be picked up, either by a towing company or, if the individual is lucky, by a friend or family member. If the car is towed, the individual will be responsible for the towing fee. Since the vehicle will likely end up at an impound lot, the offender will also be responsible for the impoundment and storage fees.

Should the DUI arrest include any aggravated circumstances, such as causing an accident, causing an injury, having minors in the car, or having a very high BAC, the individual will likely be booked into the local jail and held with bail. This means the individual, a family member or friend, or a bail bondsman will need to pay a portion of the amount the state posts as what will need to be paid in order for the offender to be released. Bail for aggravated DUI circumstances can vary up to $50,000.

Once the individual is officially charged with Driving Under the Influence, he or she will want to contact and hire a DUI lawyer to help represent and defend them during their DUI trial. Individuals will want to find an attorney who is well-versed in DUI law for the state of Kansas, or whichever state the charge takes place, and is a reputable professional. Kansas law does not allow plea bargaining for DUI charges, so having a lawyer to get the case dismissed should be a top priority. A good DUI attorney will not be cheap, although the price will vary between firms – usually, a lawyer will charge upwards of $10,000.

Financial Problems You Will Face After Conviction

Since plea bargaining is not allowed in Kansas, the fate of the offender will be decided in the court room. Should the outcome be the driver is found guilty of the crime and convicted, he or she will face even more financial issues. First, there is the issue of paying the fines and penalties associated with a DUI conviction – first time offenders are assigned fines up to $1,000, second time offender up to $1,500, third time offenders will pay up to $2,500 and fourth time offenders must pay a minimum of $2,500.

While this is the basic outline the state of Kansas uses, it is important to understand these fines will vary depending on the circumstances of the case and also vary greatly from one state to the next. Generally, even though all the fine amounts are different, every state follows the basic guideline that repeat offenders are fined more based on the number of previous DUI convictions they have.

Fines and penalties passed down by the court system is just one way that DUI can make an impact on an individual’s finances. People often forget that, since DUI is a vehicle based crime, it will be reported on the individual’s driving record and in time reported to their car insurance company, which will cause an increase in car insurance rates. Although rates will vary between states and between car insurance providers, there will always be some type of increase after a DUI conviction.

When it comes to penalizing individuals for a Driving Under the Influence conviction, Kansas is average when compared to other states. An individual with a DUI in Kansas can expect monthly car insurance rates to increase just under 75 percent. When calculated out into monthly payments, individuals will see an additional $60 to $65 added to their car insurance bill. While this seems like a lot, it is important to remember some states increase car insurance rates by over 100 percent.

How to Protect Yourself from the Financial Repercussions of DUI

Between towing fees, bail, lawyer’s fees, penalties, fines, and increased car insurance, offenders of Driving Under the Influence will be looking at costs of anywhere up to $40,000, and this does not include the income they will likely lose from missing work due to having to serve jail time or go to court. The only sure fire way to avoid having to pay this astronomical amount of money is by not drinking and driving – always have a designated driver or use a cab or other transportation service when drinking.