How Can a DUI Affect Me in an Employment Background Check?

Home » DUI Help Categories » DUI Employment » How Can a DUI Affect Me in an Employment Background Check? 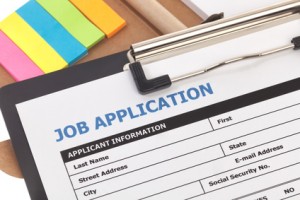 It is no secret that any type of criminal arrest, charge, or conviction can greatly alter an individual’s working life. A conviction of Driving Under the Influence (DUI), or Driving While Intoxicated (DWI), can have a severe negative impact on the offender’s career. Additionally, individuals who are charged with impaired driving but not convicted can still be affected and those who hold commercial driver’s licenses (CDLs) can face dire consequences since driving is a large part of how they make their living.

Employers can choose to conduct a background check on their employee for any number of reasons, some of which are more valid than others. Depending on how this check is conducted, it is possible for the employer to become aware of a DUI or DWI charge based on the findings. While the employer may be aware of a DUI charge or conviction, the law limits how much information an employer has access to as well as if a DUI or DWI charge will have any effect on the employees current or future employment.

In most states, employers are allowed by law to refuse employment to anyone who has a conviction on his or her record and some states even allow employers to refuse job applicants who have an arrest record. Some states, however, have set legal standards that require an employer to prove the relevance of a conviction to the job being applied for or the job the employee currently holds. These states include Arizona, Colorado, Florida, Kansas, Hawaii, Minnesota, New Mexico, Wisconsin, and nine other states.

Any individual who is interested in or currently working with children, the elderly or disabled, and other specialized jobs will be required to have a background check performed. It is important to note that just because a background check is being performed does not mean that the applicant will be barred from employment from a DUI or DWI charge – this does mean, however, that an employer will now take note of the offense and consider it a character flaw in the applicant that could stop them from getting hired.

All states, regardless of local laws, are governed by the Fair Credit Reporting Act, or FCRA. This regulation applies to background checks performed by outside organizations but have no bearing over the in-house background checks done by employers. The FCRA prohibits reporting of criminal arrests after a period of seven years while criminal convictions can be reported indefinitely. Additionally, the reporting restrictions set forth by FCRA only apply to jobs with yearly salaries of $75,000 or more.