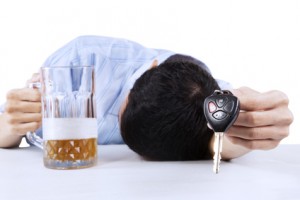 After being arrested for DUI, it is important to get help. Understanding the charges, potential consequences, and available options reduces confusion. Having someone on your side prevents overwhelming feelings from taking hold. A specialized attorney is the best ally in fighting a DUI charge and finding one is easy when using FightDUICharges.com

An individual charged with DUI has options for recourse but many of these feature time constraints. An attorney who understands state DUI laws can act quickly, helping to limit the harshest consequences. For example, a DUI lawyer can help a client file documents required to temporarily halt driver license suspension. This enables unrestricted driving until a special hearing determines whether license suspension is warranted.

Consequences of an initial DUI charge are scary for most people. Penalties for a second DUI are even more serious because jail time is often included. Being characterized as a repeat offender carries both a social stigma and stiff legal punishments. Prosecutors consider a repeat DUI offender a continued risk to others on the road and they attempt to levy severe penalties. Legal expertise is required to present a strong defense that exposes errors or omissions in the case against an individual charged with DUI.

By requesting a free DUI evaluation through FightDUICharges.com, a second-time offender will be quickly matched with an experienced DUI lawyer who will evaluate the arrest. This begins the defense case intended to result in reduction or dismissal of the DUI charge. Attorney and client work together by gathering relevant documentation and witnesses to create an argument that refutes what the prosecution tries to prove.

Every individual charged with a crime is entitled to fair treatment. Even an individual with a previous DUI is allowed to defend him or herself. Knowledge and preparation are the keys to a strong defense and a DUI lawyer is the best ally. A client receives answers to common questions and guidance required to make well-informed decisions. Having a legal expert to rely on makes it easier to fight the charge and win.

DUI laws are complex and most people do not completely understand them, nor do they know how to spot errors made during DUI arrests. It takes in-depth legal knowledge and a keen eye to identify oversights and build a defense around these. Getting this help begins with completing the FightDUICharges.com electronic arrest evaluation form.

Will I be Going to Jail for a Second DUI Offense?

Chances of Jail Time for Second DUI or DWI Convictions in 2023 Being charged with Driving Under the Influence (DUI) or ...