How to Hire the Los Angeles Best DUI Attorney 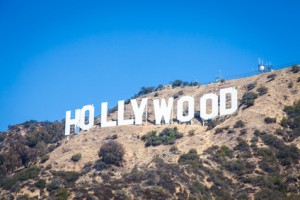 Being charged with a DUI is stressful and confusing. Many people attempt to fight their cases themselves with help from information found online. While the Internet features guidance about the steps to take and details about field sobriety tests, it does not replace services provided by an experienced lawyer. Los Angeles residents who think they have a strong or even decent case should consult a local DUI attorney.

While a lawyer is not needed to plead guilty to a DUI, the services of an attorney are beneficial if there is any doubt of guilt. For example, if the field sobriety test was inconclusive and the charged individual did not behave erratically during the encounter with the police, a plea bargain may reduce the DUI to a lesser offense. Representation by a Los Angeles lawyer who specializes in DUI cases can result in a milder sentence such as reckless driving.

Qualities of the Best DUI Attorney

When it comes to DUI cases in  Los Angeles, lawyers are not created equal. Based on their income, many defendants qualify to have a public defender represent them on their DUI cases. While Los Angeles public defenders may be experienced in DUI cases, many do not have any credibility with the prosecutor’s office. Others are overwhelmed with heavy caseloads, resulting in a less than optimal defense.

To ensure that they retain the best DUI attorney in Los Angeles, defendants should consider several factors. First, does the lawyer take time to learn about the personal situation of the prospective client? Highlighting personal stresses during a DUI hearing can sway the judge, resulting in a more favorable outcome.

A good DUI lawyer works quickly to get a client out of jail. This may require expediting a motion to establish or reduce bail, requesting a supervised release, or pushing forward a motion for release on one’s own recognizance. An attorney worth hiring always respects the privacy of a client, even when interacting with family members of the individual. If the client does not authorize the attorney to discuss a particular issue, the attorney should keep it confidential.

The best DUI attorneys consider the effect of a conviction. Professionals charged with a DUI can lose their licenses and business owners may be forced to close their doors. An experienced DUI lawyer will discuss the feasibility of a plea bargain and its consequences and help the client to determine whether this will result in the best outcome.

Fill out the Free DUI Arrest Evaluation Form Now to get you evaluation!