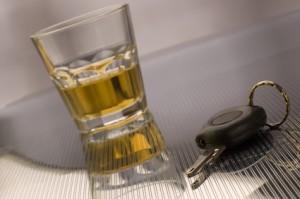 Many people who visit FightDUICharges.com and request free DUI arrest evaluations are not first-time offenders. They have been arrested for DUI before and are worried about the consequences of a repeat infraction. They should be because most states throw the book at individuals convicted of multiple DUIs. A good DUI lawyer can help them through the legal complexities and expose any mistakes made by arresting officers.

A DUI is a crime classified as either a misdemeanor or felony. Determining factors include the severity of the situation and whether it is a repeat offense. For example, an initial DUI is usually considered a misdemeanor unless another individual was injured. If the driver kills another person, some states charge the individual with reckless homicide, a felony with very serious consequences.

In some states, even a DUI that does not result in injury is classified as a felony if it is a repeat offense. However, state laws vary and many feature time constraints. If a previous DUI conviction occurred prior to a certain period, often five or ten years, the subsequent conviction may not be considered a felony. This allows repeat offenders to slip through the cracks without suffering the full consequences.

Only a handful of states consider a second DUI a felony and several of these impose contingencies. In New York and Oklahoma, the previous DUI conviction must have occurred within ten years. The prior conviction timeframe is five years in Indiana. Minnesota considers a second DUI conviction a felony based on the circumstances, resulting in punishments determined on a case-by-case basis. Four states and the District of Columbia do not even have felony DUI laws.

According to the National Highway Traffic Safety Administration, one-third of drivers convicted of DUI become repeat offenders. Several years ago, the organization Mothers Against Drunk Drivers (MADD) reported that two million drivers had been convicted of DUI at least three times. MADD has called for more effective consequences for first-time convictions to prevent repeat offenses. Repeat DUI offenders should beware and innocent drivers should retain experienced DUI lawyers to defend them in court.

How Long Will I Need to Have an Ignition Interlock Device Installed for a Second DUI Offense?

A DUI conviction is not supposed to be something an individual “gets used to.” In fact, driving under the influence of ...