A “zero tolerance” rule for drivers with any level of THC results in extreme consequences.

A 20-year-old woman from Michigan will be going to jail for six months for a car accident she did not cause. This is due to the current state law definition of what “drugged driving” is. The driver arrested for DUI, Kali Su Schram, did not cause the crash on the morning of November 26, 2015 that killed a man, 64-year-old bicyclist Ralph Martin, who inadvertently rode into her vehicle’s path as she was driving on Seaway Drive in Muskegon, Michigan. Even though Schram officially did not cause the accident, she is still being forced to serve a 6 month jail sentence under the current driving under the influence law when it comes to drugged driving. In this particular case, the drug in question is Marijuana.

The car’s driver, Schram, was tested for the presence of alcohol and drugs, in which the results indicated having a trace amount of THC in her blood at the time of the crash with the bicyclist, Martin. However despite the detection of THC in her system, this does not provide sufficient scientific evidence in itself that Schram was intoxicated because of earlier Marijuana use. Furthermore, it does not prove Marijuana was even a contributing factor in this accident, since the official police report says she was not at fault. This is because of the fact that Schram had the legal right of way, when the bicyclist suddenly appeared in front of her at the intersection and point of impact with Martin. “If you read the police report,” James Marek, who is the lawyer for Schram, explained to the Muskegon Chronicle, “she could not have done anything to avoid this particular accident.”

Despite even the police report confirming the accident was not Schram’s fault, she is still in serious legal trouble because in this State it is illegal to drive with “any amount” of a Schedule 1 controlled substance within a person’s system. A ruling by the Michigan Supreme Court says an inactive metabolite of Marijuana does not count as a Schedule 1 drug. However, THC does fall into this classification, even in the cases when the chemical registers at levels too low to affect an individual’s ability to operate a vehicle.

Timothy Maat, who is the Chief Assistant Prosecutor of Muskegon County, has an opposing legal point of view on this DUI case. “Like a person who operates a car without a driver’s license, a person who illegally has a controlled substance in their bloodstream is not legally allowed to drive a car. When a death results from an accident when a defendant could not legally drive, it is then left to the judge to decide an appropriate sentence depending on the facts and circumstances of each case.” According to the Chronicle however, in regards to the level of restraint shown by the Martin family, they suggest Schram may have been sent to prison for at least 2 years length of time. This is despite the fact she did nothing wrong, that actually caused Martin’s tragic accidental death.

The newspaper goes on to reference a similar local court case from December of 2015. In this incident, a driver named Donovan Wilson had to serve a six-month sentence in jail, as a result of a car crash that killed Donovan’s pregnant girlfriend, who was the passenger when the couple was driving back home from shopping. “His THC amount was low,” the Chronicle says, “and the couple had been driving on an unfamiliar road.” Dean Roesler, who is the Sheriff of Muskegon County, also has stated that he did not think drugs were a factor which caused this accident.

The problem with this already subjective DUI law was made more complex in the 2013 Michigan Supreme Court case People v. Koon, which issued the judgement for medical Marijuana law. This ruling is meant to provide a certain level of legal protection for patients from criminal prosecution for “internal possession” of cannabis while driving, unless they are “under the influence,” as shown by evidence of impairment. The county prosecution attorney Maat, says, “Whether a person appears to be under the influence of THC is not an element we are required to prove unless the person has a valid medical Marijuana exception.” The major issue with this “exception” Maat mentions, is that it only highlights the injustice on drivers such as Wilson and Schram, who were not the cause of the accidents they were involved in. This is due to the fact under this law the way it currently is written, a driver can be charged and convicted for a DUI offense, even if they are not actually under the influence at the time of the accident.

It is based entirely upon the pretext of public safety, above all other circumstances when a drivers tests positive for Marijuana use after an accident. Other recent news stories have also reported on how both the science and law in these type of driving while high arrests often can contradict one another.

Certain zero tolerance laws such as this one are certainly questionable. Since there is not even a precedent of set intoxication baseline, arrests with these common issues will happen under laws like in Washington. In this State, a driver that has THC showing after a blood test which reads a level over five nanograms per milliliter, can be found guilty automatically of a DUI charge in court. This ruling affects many regular Marijuana users who have a THC reading which could violate the driving under the influence law, even when their precise level of impairment cannot be measured.

The issue with 2022 Marijuana DUI laws for associating a specific THC measurement to intoxicated driving ability, is that it is not reasonable to establishment the legal THC limit at zero. Requiring proof of driver intoxication for cannabis, like the State of Michigan does for citizens who legally use medical Marijuana, understandably does make obtaining evidence for arresting police officers and the prosecution attorney much more difficult. However with how vague the law is now in DUI cases such as these, it often results in severe costs and consequences for drivers who are not truly a threat to those on the road, as others who actually are a public danger driving drunk or impaired by illegal drugs. 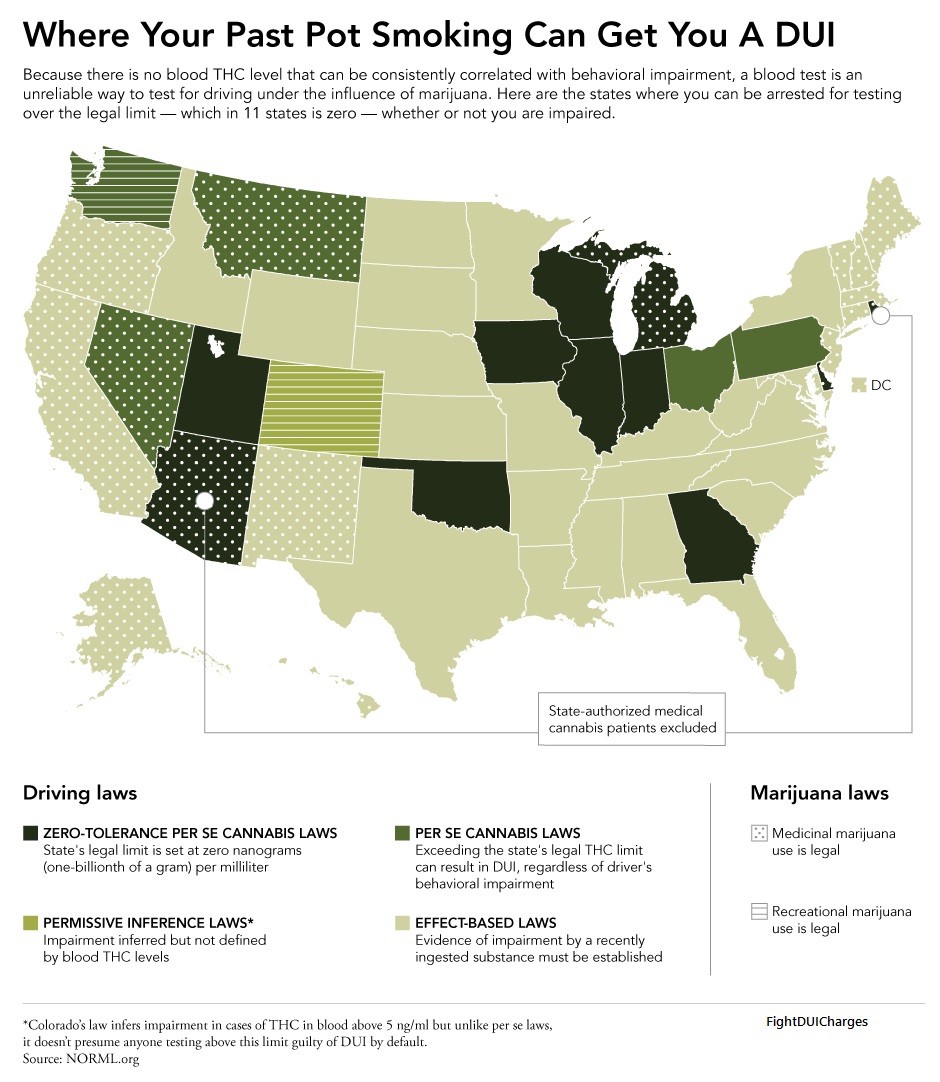 The Future of Driving Under the Influence Prevention

How New Technology May Change the Approach to DUI In the coming years, new technology will change how law enforcement and ...

How a Lawyer Charged With DUI Got The Case Dropped

There are numerous technical defenses that can get a DUI case dropped. As recently in the news about a lawyer’s DUI ...

In every state and local jurisdiction there are winning technical defenses to all of types of DUI and DWI arrest charges, ...

New Year’s Eve is an exciting time of year for many people, and while this should be a joyous and fun ...

2 thoughts on “Crazy Marijuana DUI Law Sends 20-Year-Old Woman to 6 Months in Jail, for Fatal Accident Not Her Fault”