What are the Chances of Winning a DUI or DWI Case without a Lawyer?

Home » DUI Help Categories » DUI Lawyers » What are the Chances of Winning a DUI or DWI Case without a Lawyer?

Do I Really Need a DUI Lawyer?

After being arrested for Driving Under the Influence (DUI) or Driving While Intoxicated (DWI), some people will handle their own arraignment, receive a copy of the police report, and study up on the DUI and DWI laws within their state. Usually by this point, the individuals have a good idea of how they will fair when they go to court. The only remaining question is whether or not they need to hire an attorney in order to win their case. Depending on your situation, it may be necessary to hire a lawyer.

An individual does not need a lawyer in order to plead guilty to DUI or DWI. For a first-offense DUI that involves injury, the likelihood of conviction is very high. In this situation, some individuals will rely on the leniency of the court and hope for a lesser sentence. In their eyes, there is nothing a lawyer can do to make the situation better.

There are two standout situations where an individual may want to consider pleading guilty in a DUI case:

Getting an Attorney’s Opinion 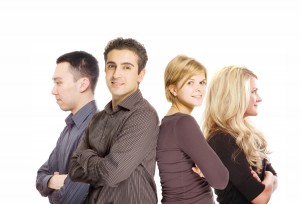 If the individual is not planning on pleading guilty and wants to fight their charges in court, it is in their best interest to have their case evaluated by a knowledgeable DUI attorney.

While they may already have an opinion on the likelihood that they will win or lose their case, having a professional give their opinion is also important if you wish to fight your charges in court. The challenge here becomes finding a lawyer who will review the case at a reasonable fee, if they will review it at all without representing you.

Taking the Case to Trial

It is important to note that, if an individual wishes to take their case to trial to have the charges reduced or dismissed, it is strongly advised that they hire a DUI attorney to represent them. While it is not a requirement to have representation, doing so helps to significantly increase the individual’s chances of winning their case.

There is a considerable learning curve when it comes to participating in a trial setting, and having an experienced attorney’s skill level is very important for making sure the case is tried properly and the offender has the best possible chance of a favorable outcome.

Many individuals who are charged with DUI or DWI often try to plea bargain for a lesser charge or a lesser sentence. Again, even though a lawyer is not required to do this, individuals should strongly consider using an attorney to bargain for different charges or reduced punishments. For example, if the offender’s BAC was between .09 and .10 and the field sobriety tests were found to be inconclusive, this leaves a window in which an attorney would see the opportunity to bargain but the offender may not.

As the uncertainty surrounding a case increases the benefits of hiring a lawyer increase as well. An experienced DUI or DWI attorney will be able to review the client’s case and find any types of issues or errors they can use to either arrange a plea bargain that benefits the client or have a strong case should the case go in front of a judge. Depending on the level of confidence the prosecutor has in the case, it may be possible for a lawyer to have the charged dismissed or reduced down to something less serious.

Depending on the offender’s financial situation, he or she may qualify to have the state provide legal counsel. It is important to note, however, that individuals who earn better than average wages will likely have to hire their own legal counsel. In some ways, public defenders may have a better idea of what the outcome of an offender’s case is than a private practice DUI lawyer, simply because Driving Under the Influence and Driving While Intoxicated cases are a large part of their workload.

If an individual qualifies for a public defender, he or she may still want to consider hiring legal counsel. In many states, public defenders are overloaded with cases going to trial and will often try their best to keep easier cases, such as DUI, out of court. This means that they will sometimes have their clients agree to plea bargains that are not necessarily the best deals in order to move on to their next case. While this is the case in some situations, it is also important to keep in mind that not all states have this issue and some public defenders are very knowledgeable and capable in a court of law.

Hire an Attorney during uncertainty

If a DUI defendant is leaning toward pleading guilty but still unsure what the best decision is, he or she should consider hiring an attorney to make sure the right decision is made. As mentioned earlier, a good DUI or DWI attorney will carefully review the client’s case and will generally have a good idea of what the outcome of the case might be as well as possibilities for charge and/or sentence reduction. The chances of having a charge reduced or even dismissed is much higher when a lawyer is involved.

Many people shy away from hiring an attorney based on the costs incurred in a legal trial. It is important to keep in mind that, if an individual is convicted of DUI and must pay penalties or for alcohol education school, he or she may end up spending more money than it would have cost to hire a lawyer. Consider hiring a lawyer for a $1,000 fee – the lawyer is able to have the client’s charge reduced from DUI to reckless driving, which means less in monetary fines as well as not having his or her license suspended.

While hiring an attorney is not mandatory for a DUI or DWI case, it is highly recommended if the individual is looking to have the charges dismissed or reduced. If the individual is planning on pleading guilty to the charges, a lawyer is not necessarily needed but it still may be prudent if you can request a free evaluation of the case. Overall, having a lawyer represent you is usually the best course of action, especially when the case is going to trial, in order to ensure you have the best possible outcome.