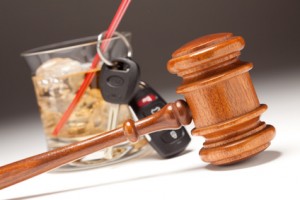 The legal system is a complex jungle of guidelines and regulations. Laws pertaining to driving under the influence of alcohol are even more complicated because they are imposed at the state level. The result is an array of laws that vary from one state to the next. Regulations also vary based on whether this is a first time or a repeat offense. Second-time offenders typically face harsher consequences, heightening the stakes for a conviction.

Winding Through the Legal Maze

Identifying every law that applies to a DUI charge can be difficult, particularly for a second offense. In some states including California, individuals charged with a second DUI face both criminal and administrative penalties. While many states classify a second DUI as a misdemeanor crime, there are exceptions based on circumstances surrounding the situation. Finding and understanding every applicable law requires a great deal of time and effort.

Second DUI penalties include steeper fines, longer license suspension periods, and participation in an alcohol treatment or education program. Most seriously, almost all drivers convicted of a second DUI are required to serve jail time. A DUI conviction remains on the criminal record for years (up to ten years in many states), serving as a long-term penalty.

Consulting with a DUI attorney is the easiest way to learn about potential consequences for a second DUI. This special type of lawyer has in-depth knowledge of DUI laws and associated penalties. A local DUI attorney also understands the inner workings of the court system that handles DUI cases. No one is more qualified to explain how a DUI case will progress and what the outcomes may be.

Understand the Consequences before Entering a Plea

Anyone charged with DUI is innocent until proven guilty. The individual has the right to plead guilty or innocent during a court DUI hearing and a good DUI lawyer offers guidance that helps the accused make a well-informed plea decision. Discussing the case with a DUI lawyer before entering a plea ensures that rights are not unknowingly sacrificed. Understanding the penalties associated with a second DUI conviction prevents the individual from entering a plea without understanding the consequences.

While reviewing the DUI case, the attorney may come across inconsistencies, errors, or omissions in the police report and other official documents. These usually raise the question of whether the accused individual was guilty. Exposing mistakes plants reasonable doubt, making it possible to have the case thrown out of court.