What Happens if I Fail a Field Sobriety Test in Alaska?

Today, an Alaska DUI carries stiffer penalties than ever before. Moreover, in most states, these fines and penalties will only increase, as organizations such as Mothers Against Drunk Driving (MADD) are putting more and more pressure on legislators. In many cases, field sobriety tests play a significant role in the conviction. So, what can you do if you fail a field sobriety test in Alaska?

Do I Have to Take a Field Sobriety Test? 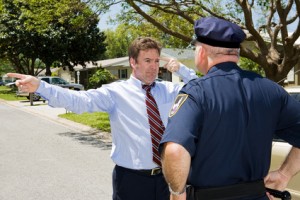 This is where many people make their first mistake when they are stopped by an officer for a possible DUI in Alaska. Sobriety tests are not chemical tests, which fall under the implied consent rule. If you refuse to take a chemical test when arrested for DUI, you automatically concede a license suspension or revocation as well as additional fines. These penalties are in place even if you fight the case in court and win.

Since field sobriety tests do not fall under the implied consent law, you can refuse to take them if the officer asks. If you do not want to take them, you should be polite and inform the officer appropriately. Keep in mind, though, the officer may then require you to take the chemical tests. In addition, he or she will probably testify to your refusal in court, which may not be perceived well by the sitting judge.

In short, yes, you can. In fact, this is one area most DUI attorneys will attack when taking on a case. Unlike chemical tests, the results of these tests are subjective to the arresting officer. Whereas one officer may perceive you answering slowly or moving slowing as being attentive, another may think this is a sign of intoxication and charge you with a DUI.

Something else to consider when fighting DUI charges is the conditions under which these tests were conducted. For instance, was it raining or snowing outside? Were you stopped on an up slope or down slope that affected your balance? Did your clothing prevent you from being able to perform the tests properly? Do you have a medical condition that could create challenges during the tests, such as vertigo? These are all areas your attorney will explore to have the test results invalidated.

If you want to challenge these test results, the first thing you need to do is hire a DUI attorney in Alaska. He or she will be familiar with local laws and may have defended prior cases involving the same officer. This is very important, especially if the officer has shown bias in any area concerning the field sobriety tests. If you would like more information as well as a Free DUI Arrest Analysis to the right of this page for fast answers and help.

The Alaska Division of Motor Vehicles website includes some shocking information: the average cost of a first DUI in this state ...

Financial Repercussions after a DUI in Alaska

An individual’s personal, professional and financial future can be greatly affected by a conviction of Driving Under the Influence (DUI). There ...