What Happens if I Fail a Field Sobriety Test in Illinois?

One of the more popular events of the year in Illinois is the Blues, Brews, and BBQ Festival. The name itself lends law enforcement to think that attendees will have having a couple of beers while attending. Therefore, it would be no surprise to see a few cars pulled over by the side of the road with the driver forced to take a field sobriety test. So what can you do if you fail and get a DUI in Illinois?

You Actually Have a Choice

Did you know that you do not have to take an Illinois field sobriety test? Did you know this also includes Illinois field breathalyzer tests? While there are penalties for not taking chemical tests, there are no mandatory penalties for refusing to take field sobriety tests. In fact, most attorneys would recommend that you do not take them because the tests are actually biased and unfair. 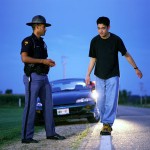 A field sobriety test consists of three individual tests that are then evaluated based on your performance in each one of them. These tests are:

If you have never taken these tests, they are very easy to simulate on your own. What may surprise you, though, is how bad you perform under controlled conditions and without ever consuming an alcoholic drink. This is the main reason why attorneys would tell you that you should not take the tests.

Why You Should Refuse Illinois Field Sobriety Tests

While we would never recommend drinking and driving, even after “just” one or two, for the sake of argument, we will concede that you have had a drink or two at a festival, bar, dinner, etc… Most police officers today have some type of “dash cam” that films these tests when they are being done. As many have done before, let’s assume that you struggle and fail the tests. These results will have been recorded and will more than likely be presented during your trial.

Now that you have failed the tests, the officer will take you into custody and bring you back to the station for processing. Once you have been arrested and charged, you will be subject to a chemical test. If a significant amount of time has passed from your last drink to the time of the test, you may now fail the chemical test from a rising blood alcohol level (even though you may have been legally sober when you took the field sobriety test). Instead of going home and reminiscing about the great time you had at the festival, you will be facing DUI penalties and Illinois DUI costs.

Finding a DUI Attorney in Illinois

If you are facing a scenario like the one above, you will absolutely need an expert and local Illinois DUI attorney to help you fight the charges. To have your case reviewed free of charge, fill out the Free Arrest Examination Form to the right of this page.

A Glen Ellyn, Illinois man was arrested and charged with Driving Under the Influence this week after a hit-and-run collision left ...

Financial Repercussions of DUI in Illinois

DUI Conviction and Your Financial Future Regardless of where in Illinois you are pulled over and charged with DUI (Driving Under ...

What to Expect for First DUI Offense Penalties in Illinois

While being charged with a DUI today can be a stressful and overwhelming experience, it is important to remember that it ...