When is a first DUI offense a felony? 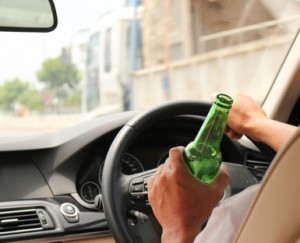 Driving under the influence (DUI) is a crime in all states. In most cases, a DUI charge is classified as a misdemeanor, whether it is a first or second offense. However, under certain circumstances, a DUI charge will be bumped up to a felony. This is very bad for the offender because if convicted, the individual faces harsher consequences.

Drivers charged with DUI for the first time often claim that they made a mistake that they will never repeat. They either retain an attorney to fight the charge or plead guilty and face the consequences of their actions. Penalties for a misdemeanor DUI include fines, license suspension, and some time in jail. Once they have suffered through the punishment, many individuals convicted of DUI never drink and drive again.

For other people, even a first-time DUI conviction can be life changing because the crime is classified as a felony. A felony DUI typically involves injury or death to another individual at the hands of the driver. Harming someone else or ending a life is usually very traumatic. Realizing that one is now a felon and facing relevant penalties can also be heartbreaking.

First-time DUI offenders should read their tickets carefully to determine whether they have been charged with felony DUI. They should also discuss their situations with attorneys who handle DUI cases. A DUI offender can get a free DUI arrest evaluation from an experienced attorney by completing a short form on FightDUICharges.com. This DUI lawyer will discuss the possibility of fighting the charge and winning.

What qualifies a DUI as a felony varies by state and a local DUI attorney will explain the relevant state law in detail. Some states consider injury to another party a felony while others levy a reckless homicide charge upon an individual who kills someone else while driving under the influence. A felony conviction usually requires more than a year in jail in addition to other penalties.

A felony is a very serious crime so an individual charged with felony DUI should spend the time and money required to build a strong defense. There is no “do over” when it comes to a court hearing for a DUI charge so only the best DUI lawyer should be retained. If there are holes in the prosecution’s case, this attorney will find and expose them to prevent a client from facing a long jail sentence.