Will I be Able to Get a Restricted License for a Second DUI Offense? 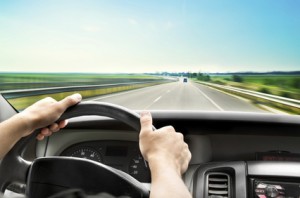 A restricted driver license allows an individual to drive during a work or school commute and as required for employment. It is typically issued to someone charged with driving under the influence (DUI) and also allows driving to and from a DUI education program required by the court. First-time DUI offenders are often eligible to apply for restricted licenses but is this option available to repeat offenders?

DUI is a crime in every state and most states suspend the driver license as part of the punishment. To avoid complete loss of driving privileges, first-time offenders may qualify for a restricted driver license per state law. To apply, an individual must complete and submit a form to the state motor vehicle agency. Some states, including California, require individuals to maintain the document for an extended period after the driver license is reinstated.

State laws vary regarding restricted driver license availability. In California, a second-time DUI offender with a first DUI less than ten years prior may qualify for a restricted license within 90 days under certain conditions. The driver must submit to a chemical test and have an ignition interlock device (IID) installed in the vehicle for 12 months. If the driver does not submit to the chemical test, the restricted license is not available.

In Tennessee, a driver convicted of a second DUI must wait one year from the driver license revocation date to qualify for a restricted license. The court must provide a certified order allowing the individual to drive to and from work, school, or a court-mandated alcohol DUI program. The driver also must pass a driver license exam and install an IID in the vehicle.

State DUI laws are complicated, particularly regarding driver license suspension. Either the state department of motor vehicles or the court may suspend or revoke the license. Second-time DUI offenders should contact a DUI attorney to learn how and when they qualify for restricted licenses. Use FightDUICharges.com to find an experienced DUI lawyer.

How Long Will I Need to Have an Ignition Interlock Device Installed for a Second DUI Offense?

A DUI conviction is not supposed to be something an individual “gets used to.” In fact, driving under the influence of ...

After being arrested for DUI, it is important to get help. Understanding the charges, potential consequences, and available options reduces confusion. ...

What are the Second DUI Offense Penalties?

Driving under the influence of alcohol is one of many crimes regulated at the state level. Typical local 2022 second offense ...