Will I Still Lose my License or Need an Ignition Interlock Device for a Marijuana DUI Offense?

The Difference between an Alcohol DUI and Drug DUI 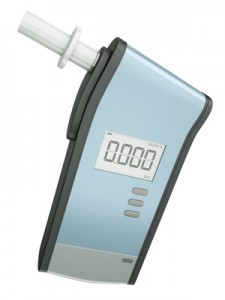 Using drugs, whether they are prescribed or illegal, and driving is just as illegal in the eyes of the law as drinking and driving – a doctor’s prescription cannot protect you from a controlled substance DUI charge.

The only method how to prevent revoking a license in time for Marijuana DUI charges along with avoiding other driving penalties such as possible requirement of an ignition interlock device, is getting free legal advice from an expert Marijuana DUI lawyer for defense solutions early in a case before license sanctions take effect at the state DMV.

When it comes to measuring alcohol impairment, law enforcement often, if not always, uses Blood Alcohol Content or BAC to measure the amount of alcohol in an individual’s system. Driving with a BAC over a certain level – which is usually 0.08 percent or more – is considered to be illegal in all 50 states. Alcohol is rapidly flushed from the body’s systems, so measuring a driver’s BAC at the time of a traffic stop is relatively simple and effective considering the accuracy of using a Breathalyzer.

Measuring a driver’s impairment from drugs is not as simple – an example of this is marijuana. The psychoactive component of marijuana, or THC, can be detected in an individual’s urine and bloodstream for a period of up to four or five weeks after it has been used. This means that law enforcement has a harder time determining actual impairment when the individual has been pulled over. Currently, many states are training Drug Recognition Experts or DREs in order to better evaluate impairment from drugs.

Do DUIs for Drugs have the Same Penalties as DUIs for Alcohol?

In many cases, Driving Under the Influence, whether it is the influence of drugs or alcohol, carries the same penalties for the offender if they are convicted. The charge generally isn’t what you consumed but the fact that you were operating a vehicle while under the influence of a substance. The only difference between drug DUI charges and alcohol DUI charges is that if you are pulled over, arrested and convicted of a drug DUI charge, you may face additional charges depending on what type of drug was being used.

What Penalties will I Face if Convicted of a Drug DUI?

Depending on which state you receive your DUI conviction in and how many prior offenses you have, these penalties can range from mildly to very severe. It is also important to note that additional circumstances surrounding the arrest may also play a role in the consequences you face. If you are also charged with resisting arrest, refuse to take a Breathalyzer test or have a very high Blood Alcohol Content (BAC), chances are you will face harsher penalties and possibly some additional penalties.

Will I Lose my License if I am Convicted of a DUI Drug Charge?

In most DUI cases, the offender’s license is suspended for some period. Usually, the license suspension occurs after the individual has been convicted of the crime and the period of suspension varies from one state to the next. It will also be dependent on the number of prior DUI convictions on the individuals record. Should the offender refuse a Breathalyzer or blood test after being pulled over and arrested, their license is generally suspended right away, even before the trial begins.

Will I Need to Use an Ignition Interlock Device after a First Time DUI Drug Charge?

Just like license suspension periods, needing to use an Ignition Interlock Device, or IID, after a DUI drug conviction will vary from one state to the next. Additionally, you are more likely to be required to use an IID should you already have DUI convictions on your record. Here are some examples of Ignition Interlock Requirements for first time drug DUI offenders by state:

Second or third time DUI offenders or habitual offenders are much more likely to be required to use an IID than first time offenders. Again, the penalties for multiple time offenders are often much harsher and for a good reason – the idea behind harsher penalties and ignition interlock device installation is to help encourage individual’s to abstain from driving under the influence or driving while intoxicated again.

Will I Have to Get an Ignition Interlock Device Installed After a DUI Arrest?

Am I Required to Get an Ignition Interlock Device for First Conviction of DUI? Every state has its own laws requiring ...

Minors and Drug Charges in Texas

Kids, Drugs, and the Juvenile Justice System One of the most common criminal charges a teenager can face in the state ...