Will I Have to Get an Ignition Interlock Device for a DUI in Alabama?

Information on Ignition Interlock Devices in the Heart of Dixie

The penalties for driving under the influence charges are the same in every city and town across the state of Alabama including Hoover, Birmingham, Auburn, Montgomery, Gulf Shores, Orange Beach, Anniston, Athens, Huntsville, Mobile, Talladega, Selma, and beyond. Like many other states in the country, Alabama uses a number of different penalties for those found guilty of Driving Under the Influence (DUI) including jail time, fines, a driver’s license suspension, and the possibility of having to use an Ignition Interlock Device (IID). Here is what you need to know about how the Ignition Interlock requirement works for a DUI offense in the state of Alabama.

DUI laws in AL outline that those operating a vehicle with a Blood Alcohol Concentration (BAC) of 0.08 percent or more are in violation of the law. Scientific studies done by government researchers have shown that a BAC of 0.05 percent is enough to impair most individuals’ driving ability and that a BAC of 0.08 percent impairs all individuals’ ability to drive, which is why almost all states in the country have adopted this as their standard. Along with this standard in each state for a first offense conviction, also comes some of the same strict and costly penalties such as a driver’s license suspension, and having to get and pay for the cost of an Ignition Interlock device installed in a person’s car, in order to legally drive anywhere.

What Are the Penalties for DUI in Alabama? 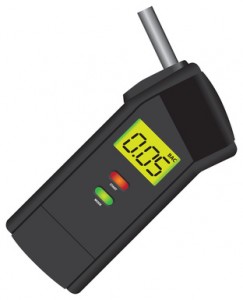 As mentioned, the state of Alabama uses a number of different penalties to punish those convicted of first DUI offense charge. In addition to using different penalties, the severity of these penalties also increase with the number of previous offenses individuals have. First time offenders do not serve any jail time, but they do pay fines between $600 and $2,100 and also have their license suspended for 90 days. Additionally, should their BAC level be above 0.15, they are also required to install, maintain, and use an IID.

Second time offenders, or those with a previous Alabama DUI conviction within the last five years, face a five-day jail sentence, fines between $1,100 and $5,100, and a one-year license suspension. Third time offenders face even harsher penalties including 60 days in jail, fines between $2,100 and $10,000, and a three-year license suspension. Finally, offenders on their fourth offense face one year behind bars, fines upwards of $10,000, and a suspension of five years. In Alabama, all repeat DUI offenders are required to install, maintain, and use an approved IID.

How Does the Alabama Point System for Driver’s Licenses Work?

Understandably, one of first questions people have after a DUI arrest, is “will I lose my driver’s license and need to get an Ignition Interlock installed for a DUI charge in Alabama?” Of course how much it will all cost, is just as much of a concern. How the laws work for these particular consequences, like with other states around the country, Alabama uses a points system. This is designed to punish drivers who repeatedly disobey the state’s driving laws. Below is a list of some examples of different violations and the driver’s license points associated with them:

How Long Will My Driver’s license Be Suspended?

Depending on the number of violation points individuals acquire, they may be subject to a license suspension. When determining how long of time the DUI license suspension will be for, the points schedule for a suspended license is outlined below as a general guide of how it works:

What is an Ignition Interlock Device and How Does It Work?

An IID works similarly to a Breathalyzer, but the IID is connected to the user’s car dashboard or a similar location within a user’s vehicle. An IID requires users to breathe into the device to detect their BAC – should users’ BAC be above the programmed limit of the device, they are unable to start the vehicle, and the reading is reported to the appropriate parties, such as a probation officer or the local police force.

When is Using an Ignition Interlock Device Authorized in the State of Alabama?

The state of Alabama was the last of the 50 states to put legislation in place for the use of IIDs, which occurred in 2012. Courts in this state are now required to order individuals to install and maintain IIDs for the following circumstances:

Who is Responsible for Paying for the Cost of an Ignition Interlock Device?

In Alabama, a DUI offender is responsible for all costs associated with the installation, use, and maintenance fees of the Ignition Interlock Device. These costs include the installation of the device, the monthly lease payments, any service fees associated with the device, and removing the device when the mandatory period of use has ended. Additionally, offenders in the state of Alabama are required to obtain their IID from the state’s approved providers.

What is the Process of Obtaining an Ignition Interlock Device in Alabama?

Offenders required to get the DUI Interlock or “Car Breathalyzer” as it is also sometimes called, must contact one of the state’s approved providers to obtain the device and have it installed. Once this has occurred, offenders need to provide the court with the vehicle’s Vehicle Identification Number (VIN) as well as proof that the Ignition Interlock was installed by the approved provider – this must occur within 30 days of the date in which offenders became eligible for the restricted driver’s license requiring an IID from the Department of Public Safety. Proof of installation includes a copy of the device’s lease agreement and certificate of installation.