Will I Have to Get an Ignition Interlock For a DUI in Colorado?

Information on having to get an Ignition Interlock Device installed in the Centennial State of CO.

When it comes to penalties for CO DUI charges, the rules and regulations for Colorado Ignition Interlock laws and restricted license requirements are the same throughout the state including the cities of Aspen, Denver, Fort Collins, Colorado Springs, Boulder, and Vail. Those found to be operating a vehicle with a Blood Alcohol Concentration (BAC) of 0.08 percent or more will be arrested and charged with Driving Under the Influence (DUI). Additionally, drivers under the age of 21 will be charged with DUI should their BAC be at or above 0.02 percent. Most drivers who are arrested, one of the first questions they have is “will I have to get an Ignition Interlock installed for a DUI charge in Colorado?” Those convicted of even a first offense DUI in CO, will face a number of different penalties for this crime, which includes the requirement and cost of having to get an Ignition Interlock car Breathalyzer installed on any car a person will drive. 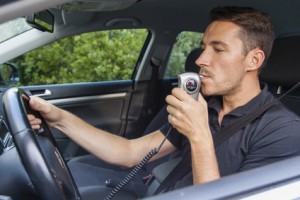 Colorado also enforces what is known as “Driving While Ability Impaired” or DWAI. Under this law, those found to be driving with a BAC between 0.05 percent 0.08 percent will be charged with this crime. The punishments for DWAI and DUI are the same, but they vary in degree of harshness. For example, someone charged with a first DWAI offense pays fines of $500, and someone charged with a first DUI offense pays fines of $1,000. Penalties for these crimes also increase in severity with the number of previous offenses individuals have. This is why it is so important to explore any possible ways for how to fight and avoid having to get an Ignition Interlock and prevent the serious costs and consequences of even a first DUI offense conviction in Colorado.

What are the Penalties for How Much an Ignition Interlock Device Will Cost After a DUI or DWAI Offense in Colorado?

The state of Colorado has a number of different penalties they use to punish those convicted of DUI or DWAI. As mentioned, the punishments for both of these crimes are the same, but they vary in severity. First time DUI offenders in Colorado face up to one year in jail, fines of up to $1,000, and a nine month license suspension, which includes having to pay for the costs of getting an Ignition Interlock installed. First time DWAI offenders in the state of Colorado face up to 180 days in jail, pay fines of up to $500, but do not have their license suspended for the more minor conviction.

Repeat DUI/DWAI offenders also face harsher penalties than those who receive their first offense. Second time DUI offenders in the state of Colorado spend up to one year in jail, pay fines of up to $1,500, have their license suspended for one year, and also have to install and use an Ignition Interlock Device (IID) for a much longer length of time than for a first offense. In the case of second time offenses, the penalties for DUI and DWAI offenders are the same including having to use an Ignition Interlock car Breathalyzer in order to drive legally.

In CO, there are also some different and additional Ignition Interlock penalties for those with combined charges, such as a current DWAI with a previous DUI:

What is an Ignition Interlock Device in CO and How Does it Work?

Also sometimes referred to as a car Breathalyzer or Breath Alcohol Ignition Interlock Device (BAIID) in Colorado, an IID is a device used to stop individuals from driving a vehicle should their BAC be above the predetermined threshold, which is most often set to 0.02 percent. How an Ignition Interlock device works in CO, is it combines the car’s ignition system with an alcohol breath detection technology – in order to start the vehicle, individuals need to blow into the device to have their BAC analyzed. Should their BAC be over the predetermined threshold, the car will not start, and the court will be notified of the interlock failure of alcohol detected on a driver’s breath.

When is Using an Ignition Interlock Device Required for a Person in the State of Colorado?

The state of Colorado has created legislation regarding the use of Ignition Interlock device requirements for certain drivers who have been convicted or plead guilty to DUI charge offenses. When a convicted driver of a DUI offense is looking for how to get a driver’s license back, the court will first require the installation and use of an interlock device as a condition of reinstatement for an offender’s driver’s license under these circumstances:

Who is Responsible for Paying for the Cost of Having to Get an Ignition Interlock Device Installed in Colorado?

Colorado, like almost all other states, will require offenders to pay for all costs associated with getting an Ignition Interlock device installed. These costs include installing the interlock device, maintenance and service, monthly lease payments, and getting the Ignition Interlock removed fees when the period of use has ended. In the state of CO, offenders can expect to pay costs as much as anywhere up to $100 for installation – although there are some approved providers who offer free installation – as well as between $75 and $120 a month in lease payments for the device. This is just an estimate, and some may pay more or less for the installation of the car Breathalyzer Ignition Interlock machine.

What is the Process of Obtaining an Ignition Interlock Device in Colorado?

After offenders have been convicted of DUI or DWAI and been ordered to use an Ignition Interlock, they have a set amount of time to get the device installed and begin using it. Offenders need to contact an approved Colorado Ignition Interlock vendors for the state to reserve the device and schedule the installation. Once the interlock device has been installed on the car, a DUI offender is likely to have to report back to the court or their probation officer with proof of installation, which generally includes a copy of the lease agreement and installation receipt.

What is Express Consent Law in Colorado, and How Will it Affect Having to Get an Ignition Interlock?

Colorado enforces what is called an “Express Consent Law,” which is similar to the “Implied Consent Law” in other states. In Colorado, this law means that those who have a driver’s license in the state automatically consent to taking a chemical test of their breath, blood, or urine in order to determine their BAC. Should drivers refuse to take this test, their driver’s license and driving privileges are suspended for a period of one year even before they appear in court for their offense. This also usually will require having an Ignition Interlock installed for a set period of time in order to get a driver’s license back.