Will I Have to Get an Ignition Interlock for a DUI in Connecticut?

The laws that govern DUI charges are the same in all cities across the state of Connecticut including Hartford, Bridgeport, New Haven, Greenwich, Stamford, Middletown, and Waterbury. According to Connecticut Ignition Interlock law, those operating a vehicle with a Blood Alcohol Concentration (BAC) of 0.08 percent or more are considered to be impaired and will likely be charged with Driving Under the Influence (DUI). A conviction of DUI in Connecticut results in a number of different penalties including jail time, fines, having a license suspension, and the possibility of having to use an Ignition Interlock Device (IID) even for a first DUI or DWI offense. 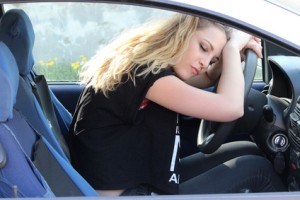 Having a blood alcohol content (BAC) of 0.08 percent is the standard for being charged with DUI in almost all states in the country. This is due to government research proving that most individuals with a BAC of 0.05 percent are impaired, and at 0.08 percent all individuals are thought to be impaired. Connecticut also has laws governing the acceptable BAC percentage for minors and commercial drivers – those under 21 with a BAC of 0.02 percent will be charged with DUI, and those driving commercial vehicles with a BAC of 0.05 percent will also be charged. After a DUI and DWI arrest, one of the first questions most driver’s have is “will I be required to have to get an Ignition Interlock?” Due to the already severe costs and punishments that will happen if convicted of even a first-time DUI offense, an arrest review with us can also help to find possible ways how to avoid getting an Ignition Interlock altogether by successfully winning a CT DUI case.

What Are the Costs and Penalties for Driving Under the Influence in Connecticut?

As mentioned, the state of Connecticut uses a number of different penalties to punish those found guilty in a court of law for DUI. For first time DUI offenders in this state, the cost and penalties include, but are not limited to, the following:

Third time DUI offenders in the state of Connecticut face penalties including:

Additionally, the state of Connecticut enforces what is known as the “implied consent law.” This means that individuals with a driver’s license in the state of Connecticut automatically consent to chemical testing when their BAC is brought into question. Should a driver refuse to take a DUI breath or blood test, they are subject to an automatic suspended driver’s license which is separate from the suspension they receive when convicted of DUI. First time DUI offenders who refuse chemical testing have their license suspended for a period of six months – second time offenders who refuse testing have their license suspended for one full year, and third time offenders who refuse to have their BAC tested have their license suspended for three years. All of these type of DUI charge offenses, will require having to get an Ignition Interlock in any vehicle a person will be driving. This also will include any work vehicle or company car a person may drive for their job.

What is an Ignition Interlock Device and How Does It Work?

Depending on the circumstances, some DUI offenders in the state of Connecticut have to install, use, and maintain an Ignition Interlock device or IID. In layman’s terms, an IID, which is also referred to as a Breath Alcohol Ignition Interlock Device (BAIID), is a mechanical device used to prevent DUI offenders from using their vehicle should their BAC be above the predetermined BAC limit for the device.

IIDs link the vehicle’s ignition system with breath detection technology – before individuals can start their vehicle, they need to breathe into the breathalyzer-like device mounted on the car’s dashboard. Should their BAC be lower than the predetermined limit, they are able to start and use the vehicle. Should their BAC be above the limit, they are not able to start the vehicle at all. In most cases, when individuals register a BAC above the limit, a report is generated to the proper authorities, such as their probation officer or the court system.

When is Using an Ignition Interlock Device Required in the State of Connecticut?

As a result in changes to the law in 2012, about 3,000 residents of Connecticut use IIDs. Due to these changes, some first time offenders are also required to use Ignition Interlock. Courts in this state are permitted to order the use of an IID as a condition of reinstatement of an offender’s license in the following situations:

Additionally, drivers using a CT Ignition Interlock device cannot commit the certain violations. Should they commit these violations, an additional 30 days is added to the length of their IID order for each violation they make. These violations include, but are not limited to:

Who is Responsible to Pay For the Cost of the Ignition Interlock Device?

The state of Connecticut makes it mandatory for offenders to pay all the costs associated with the installation, use, maintenance, service, and removal fees of an Ignition Interlock device. Individuals need to seek the assistance of an approved IID provider in the state in order to have the device installed to the court’s standards. Offenders in the state of Connecticut should expect to pay $100 for installation – there are some companies that offer free installation – as well as between $75 and $120 every month in leasing fees. It is important to note that this is just an estimate.

What is the Process of Obtaining an Ignition Interlock Device in Connecticut?