Will I Have to Get an Ignition Interlock for a DUI in Wyoming?

Information on The Ignition Interlock Device Law in Big Wyoming

Jackson, Laramie, Sheridan, Cheyenne, Casper, Gillette, Riverton, Rock Springs, and all other cities in the state of Wyoming have the same WY Ignition Interlock device laws when it comes to the criminal act of being convicted of DUI charges and related offenses. When drivers are discovered to be operating a vehicle with a Blood Alcohol Concentration (BAC) of 0.08 percent or more, they are arrested and charged with Driving Under the Influence (DUI). The penalties for being convicted of this crime often include a driver’s license suspension, fines, possible jail time, and the possibility of having to put an Ignition Interlock Device (IID) on any car a person will be driving. 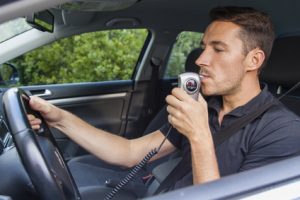 What Are the Penalties for Driving Under the Influence in Wyoming?

The state of Wyoming has a number of penalties for those who are charged and then convicted of DUI. The number and variety of penalties used to punish those guilty of this crime are a means to discourage offenders from repeating the offense as well as acting as an example for those who are considering or may have been drinking and driving in the past but did not get caught. For a 1st time DUI offender in the state of WY, or those with no previous DUI convictions on their record, face some if not all of the following penalties:

Wyoming currently enforces a 10-year “look-back” or “washout” period when previous DUI convictions can be considered in an offender’s current sentencing. Second time DUI offenders, or those with one previous DUI conviction on their record within the last 10 years, face some if not all of the following penalties:

Third offense DUI drivers in WY, or those with two previous DUI convictions on their record within the last 10 years, face some if not all of the following penalties:

Fourth time DUI offenders, or those with three previous DUI convictions on their record within the last 10 years, face some if not all of the following penalties:

What is an Ignition Interlock Device in WY, and How Does It Work?

An Ignition Interlock device in Wyoming works as a mechanical and electrical device that operates in the same way as a Breathalyzer device. An IID is mounted to the dashboard of a vehicle and is used by DUI and other drinking and driving related offenders who wish to have their driving privileges reinstated. The DUI Interlock is used to help prevent previous drinking and driving offenders from drinking and driving again by requiring them to provide a breath sample before they can start and operate their vehicle.

Before the vehicle can be started, the user needs to blow into the device to provide the breath sample. The Car Breathalyzer Interlock analyzes the sample and determines the driver’s BAC. Should the driver’s BAC be above the predetermined threshold, usually set to 0.02 percent, the vehicle is not able to start, and the event is logged into the device’s internal memory. Should the driver’s breath sample register below the predetermined threshold, he or she is able to start and operate the vehicle normally.

When is Using an Ignition Interlock Device Required in the State of Wyoming?

The state of Wyoming has authorized the use of IIDs for those drivers convicted of DUI or other drinking and driving related offenses in the following 4 types of DUI case situations:

Who is Responsible for Paying for All Costs of the WY Car Breathalyzer Ignition Interlock Device?

In the majority of Wyoming DUI cases where offenders are authorized to use an car Breathalyzer Interlock device, offenders are responsible for all costs associated with this process. Individuals should be prepared to pay around $100 to have the IID installed in their vehicle and to pay between $75 and $120 a month in order to lease the device. It is important to note these are just rough cost estimates, and some Ignition Interlock providers may charge more or less.

What is the Process of Having to Install an Ignition Interlock Device in Wyoming?

After DUI offenders have been authorized to get an Interlock device installed in WY, they need to begin the process of obtaining the device and having it installed. It is important for offenders to ensure they are leasing their IID from a provider who is approved by the state of Wyoming – these providers can be found all across the state, and a full list of state approved IID providers can be found on the Wyoming Department of Transportation website.

Once offenders have leased the device from a state approved provider, they also need to ensure the device is installed in their vehicle to the state’s standards – more often than not, state approved IID providers have also been approved to install the devices as well. Once the device is installed and operational, offenders likely need to report back to the court, their probation officer, and/or the DMV to notify them the device is in use. At this time, the offender’s driving privileges are reinstated as long as he or she is using the IID. Once a Wyoming Ignition Interlock attorney reviews a person’s own DUI arrest events online with us as to what exactly happened, the local lawyer can then be able to lay out of which options are possible for how to avoid having to get an Ignition Interlock device in: