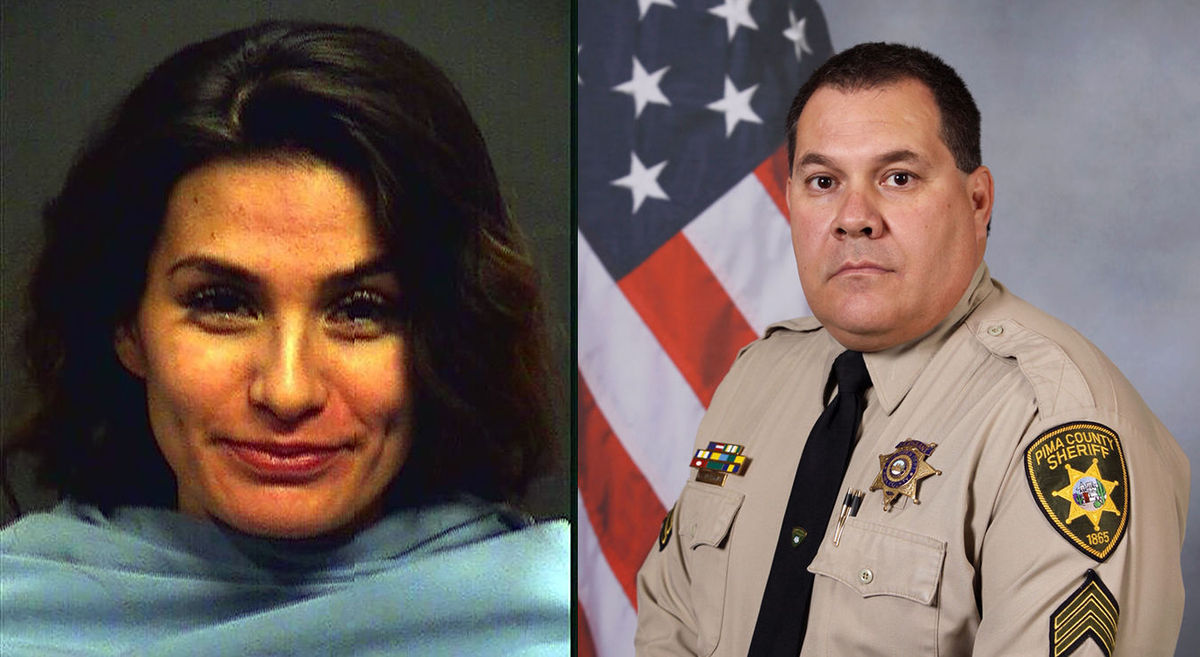 On December 10th, a female suspect was pulled over for suspected Driving Under the Influence (DUI) in Prima County, Arizona. The traffic stop occurred near the area of South Alevrnon Way and East Drexel Road right around midnight. After completing their drinking and driving investigation, law enforcement officers placed Yesennia Gonzalez in handcuffs and attempted to place her in the back of a patrol car – it was then that Gonzalez began resisting arrest.

While resisting, Gonzalez began kicking the officers around her. She then kicked Sergeant Mark Bustamante in the face, striking his left eye with the heel of her shoe. After the incident, Sergeant Bustamante was taken to the local medical facility for assistance, but doctors were unable to save the officer’s eye. The female suspect also allegedly kicked another officer on the scene. She was then booked for DUI, resisting arrest, and aggravated assault on an officer.

Assuming this was Gonzalez’s first DUI offense, she could face a number of severe penalties for the DUI alone. For a first-time offense in the state of Arizona, Gonzalez could face a minimum of 24 hours in jail with the potential of spending ten days behind bars as well as a license suspension of 90 to 360 days. Additionally, she could be ordered to pay fines of $250 or more and may be required to use an Ignition Interlock Device (IID) to have her driving privileges reinstated.

The additional charges Gonzalez is facing—one count of resisting arrest and two counts of assault on a law enforcement officer—make her case decidedly more complicated and make the consequences she faces decidedly more severe. If you or someone you know is facing a DUI charge, whether it is a standalone charge or includes other infractions, the best course of action is to always seek the legal assistance of a knowledgeable DUI attorney for the state in which you live.

A DUI attorney can analyze his or her client’s case to ensure that the client’s rights were not violated during the traffic stop or the arrest. Additionally, depending on the circumstances, the attorney may be able to arrange a plea bargain (if the state allows this sort of deal) that satisfies the prosecution and helps to lower the charges against the client. Having this type of legal support could mean the difference between a DUI conviction altering an individual’s life and having a more favorable outcome.