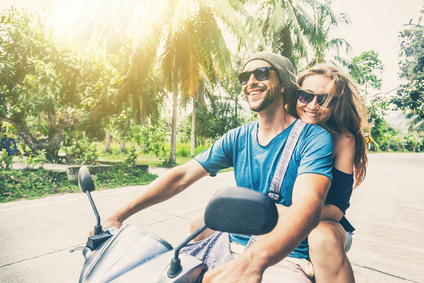 Vehicle codes in many states, including Montana, have provisions that allow police officers to charge drivers with Driving Under the Influence (DUI) if they are operating any type of motorized vehicle while drinking, which includes more than just cars. This is unfortunate for a 64-year-old man who has been charged with DUI for driving a scooter in Missoula, Montana. According to a local radio report, an officer was sent to the local post office when a caller reported seeing a man drinking a beer while driving a scooter in the area.

Witnesses of the incident in Missoula also told law enforcement officers that they saw the driver spill some of his beer when parking the scooter and then witnessed him finish the remainder of the drink before going into the post office building. When the Montana State Police investigated the reports, they found that the driver had three previous DUI convictions on his record, which made his current charge a felony. The driver spent several hours in jail and then posted the $10,000 bond.

A similar case to the one in Montana occurred in Carlsbad, California, but this case had much more serious consequences. In the early morning hours of July 29th, a 19-year-old driver lost control of her scooter while accelerating through a turn, causing her to crash into the center divider. The impact of the crash threw the driver from the scooter, and when she hit the roadside, her arm was severed. Luckily for the young woman, law enforcement officers arrived quickly and helped stop the bleeding from her injury. While the officers were quick enough to save the woman’s life, they were not able to save her arm.

Individuals who are charged and convicted of DUI on scooters or similar vehicles often face the same penalties as those who are charged with DUI while driving a car, an aircraft, or construction equipment. Some of the penalties of DUI convictions in most US states include a driver’s license suspension, heavy monetary fines, possible jail time, and the possibility of having to use an Ignition Interlock Device (IID) depending on the state’s laws. While it may seem less dangerous to drive a scooter or a golf cart while drinking, the reality is that it is just as dangerous and just as much a crime as a vehicle DUI, since the possibility of damage and injury is just as great.