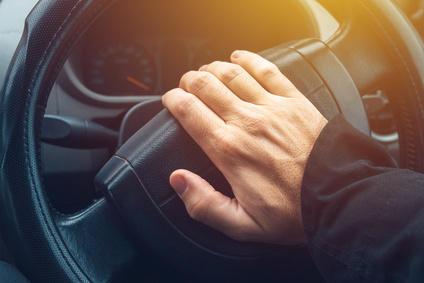 Most Driving Under the Influence (DUI) cases in the state of Florida begin with a driver being pulled over for a traffic stop. When a law enforcement officer witnesses a driver commit a traffic violation, he or she performs a traffic stop – if during that traffic stop the officer has reason to believe the driver is under the influence of drugs or alcohol, the officer can then begin a DUI investigation.

If the driver is arrested and charged with DUI because of this investigation, the preliminary traffic stop needs to be for a valid reason for the DUI charge to be valid. If the reason for the preliminary traffic stop is not considered valid, the DUI case can be dismissed and the driver will not be charged. This is what happened in a case that occurred just outside of Jacksonville, Florida.

In this case, a law enforcement officer witnessed a driver honk the horn of his vehicle multiple times for no obvious reason. This resulted in the officer performing a traffic stop and issuing the driver a ticket for improperly using his horn. During the stop, the law enforcement officer observed suspicious behavior on the part of the driver that led him to begin a DUI investigation.

The result of the officer’s DUI investigation was that the driver was arrested and charged with DUI in Florida. When the case went to court, the driver’s lawyer asked for the case to be dismissed on the grounds that the reason for the law enforcement officer’s preliminary traffic stop was invalid before he initiated the DUI investigation.

Legislation in the state of Florida requires all motor vehicles to have a horn that works and for vehicle owners to use their horn in order to ensure safe operation of the motor vehicle – this law does not prohibit the use of a vehicle’s horn for any reason. Hence, a driver honking his or her horn for no apparent reason is not grounds for a law enforcement officer to perform a traffic stop.

Law enforcement officers have a right to stop a driver if there is a legitimate safety concern, but in this case, there was not an apparent safety concern. Since the preliminary traffic stop was invalid, the subsequent DUI investigation and charge were also invalid, and the case was thrown out of court. Because of this, the driver was not charged with DUI.