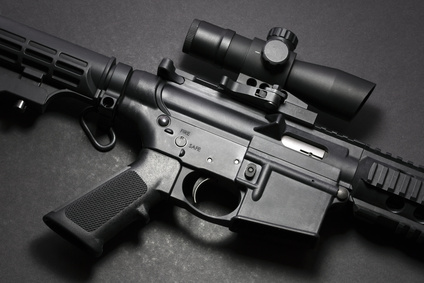 Alexander J. Baker, a 19-year-old male from Marietta, PA, has been charged with Driving Under the Influence (DUI) in addition to several weapons charges after an incident that occurred in the last few weeks. Law enforcement officers came across an accident at an intersection located in Hellam Township in the early hours of a Friday morning – it was snowing at the time, and upon first look, it appeared that the driver had lost control of the vehicle and crashed into a nearby embankment.

When law enforcement officers approached the scene, they saw Baker and two other individuals standing around the vehicle, which had sustained significant front-end damage. While speaking with Baker, who was the driver of the vehicle, law enforcement noted that his eyes were bloodshot and glassy, indicating that he may have been under the influence of a substance. Given this evidence, the officers decided to issue a field sobriety test.

After the test had been administered, Baker and the other two individuals, who were juveniles, admitted to smoking marijuana earlier in the day. At that time, law enforcement officers began an investigation of Baker’s vehicle, and this investigation uncovered drug paraphernalia inside of the vehicle as well as Walther P22 .22 caliber pistol, which had serial numbers that had been removed. While searching the surrounding area, law enforcement officers also found an AR-15 short barrel rifle in the brush near the crashed vehicle.

Baked admitted to law enforcement that the weapon belonged to him and that he hid it in the brush because he was “nervous.” Baker was also in possession of .223-caliber ammunition, and one of the other individuals was in possession of a large, sheathed knife. After concluding the investigation, the law enforcement officers arrested Baker and charged him with Driving Under the Influence of Drugs, possessing a firearm without a license, person not to possess firearms, tampering with evidence, and the corruption of minors.

Should Baker be convicted of DUI, assuming this is his first DUI offense, he faces monetary fines, a driver’s license suspension, and the possibility of jail time. The additional weapons charges, however, will likely add more penalties should he be convicted on all counts. Those who are facing drinking and driving charges, along with other criminal offenses, should always seek the legal assistance of a knowledgeable attorney to advise them of their rights and defend them in court.