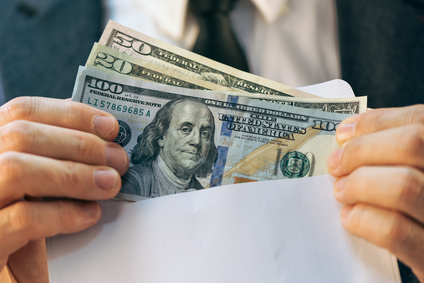 Most prosecutors in the state of Texas are not allowed, under the state’s law, to accept “gifts” of any kind from any individuals within their jurisdiction. While the practice of accepting gifts raises many ethical questions, the most basic of these is that a defendant could easily “buy” their way out of being punished for a crime they committed by giving “gifts” to their prosecutor. Even with this glaring issue, the Brown County Attorney’s Office has done something similar for almost a decade.

Shane Britton, a county attorney in Texas, has been taking “donations” from defendants as part of a pretrial diversion program that allows individuals to avoid being prosecuted for drunk driving, shop lifting, driving without a license, and other misdemeanor crimes. Since 2008, hundreds of offenders have paid a combined $250,000 to cover Britton’s expenses including cell phones for himself and his staff, travel to conferences, advertisements in local publications, and other costs, according to the county’s records.

Since Britton has been using these donations to cover the costs of the office, he has also been able to convince leaders in the county to raise his and his staff’s salaries. In the state of Texas, paying law enforcement, prosecutors, and courts using the fees from defendants has become more popular, and it becomes a major issue when the idea of delivering “justice on the cheap” collides with a prosecutor who has gone rogue. It was only within the last year that Britton’s office has gained any attention.

With Britton’s office under the thumb of the county’s legal community, Texas Rangers have collected records from the courthouse, and rumors are beginning to indicate that Britton and his office may also be under investigation by the FBI, specifically regarding whether the “donations” were accepted on or off the official records. County leaders did commission an audit of the fund and uncovered huge holes in the office’s record keeping, possibly suggesting a casual approach to taking money from offenders.

Critics of Britton and his practices have alleged that the worst situation would be that the county attorney was running an illegal collection scheme for a period of nearly a decade – this scheme would greatly blur the lines between what were donations, fees, or bribes. In light of these findings by the county, some of the defendants who made “donations” to Britton are seeking to get their money back in full.