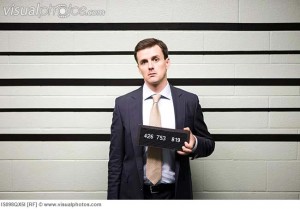 While being slapped with a DUI charge can be stressful, a second DUI can be downright traumatic. DUI laws vary by state and while many do not impose jail time for the first offense, almost all states do require time in jail for a second DUI conviction. The prospect of jail makes it essential to obtain an experienced lawyer who will do everything possible to prevent this.

In most states, a DUI charge remains on the criminal record for a minimum of five years. If an individual is charged with a subsequent DUI during this time, consequences are more severe. Compounding the situation is the fact that any prior DUI conviction can affect sentencing under many state laws. This means that even a DUI conviction that is ten or more years old can impact sentencing for the subsequent charge.

When jail time is possible, getting a lawyer is priority number one. However, not just any lawyer will do. It is important to find an attorney who specializes in DUI cases and has worked with individuals charged with a second DUI. In many situations, police officers target individuals with prior DUI convictions. A qualified attorney knows this and has the skills to challenge DUI test results and testimony provided by the arresting officer.

Repeat DUI offenders face license suspension, fines, and possible jail sentences. They may also find themselves ineligible for particular jobs and housing options may be limited. Some are even rejected for certain educational opportunities. Obtaining affordable auto insurance can also be difficult, if not impossible. The court may require the installation of an ignition interlock device on the vehicle once the individual is permitted to drive. This is designed to prevent drunk driving and the device and service charges can be expensive.

With help from an experienced DUI lawyer, it may be possible to avoid the consequences of a second DUI charge. This specialized attorney is often able to prove that the second DUI charges are not warranted and as a result, will have them reduced or even dropped. This may enable the defendant to reduce relevant fines and avoid time in jail.

After arriving home safely from a situation resulting in a second DUI charge, immediately contact a reputable DUI attorney. At DUIRights.com, we match individuals with experienced attorneys who evaluate the second DUI case free of charge and work to get the sentence reduced so clients can get on with their lives.

What are the Second DUI Offense Penalties?

Driving under the influence of alcohol is one of many crimes regulated at the state level. Typical local 2022 second offense ...

Many people who visit FightDUICharges.com and request free DUI arrest evaluations are not first-time offenders. They have been arrested for DUI ...